A tailored guided tour in Venice: the Lions’ Mouths

Are you ready to look for some scary, funny, ugly sculptures in our city? Let's go together!!!!! Walking around Venice
Exploring our city you'll see that it is incredibly rich of sculpted works of art: at every corner, both in the touristic areas and in the so called hidden Venice, it is quite frequent and pleasant to discover interesting details sculpted in different materials, such as marble, Istria stone, porphyry…
Walking around Venice you can find little jewels which make Venice really unique and original (link to our previous post: Curious sculptures in Venice) .

The Lions’ Mouths
The famous Lions’ Mouths (Boche de Leon in Venetian) have always looked intriguing. After Baiamonte Tiepolo’s conspiracy in 1310 against Doge Pietro Gradenigo, it was decided to organize a system of mail boxes for secret denounces, both inside the Doges’ Palace and all around the six city districts.
From a mere esthetic point of view, these bas-reliefs cannot be considered beautiful: they normally represent lions’ heads or threatening human faces, with an open mouth that is actually a slit where to insert letters. These letters would contain denounces concerning crimes of different kinds: tax evasion, blasphemy, corruption in the Health Care System. 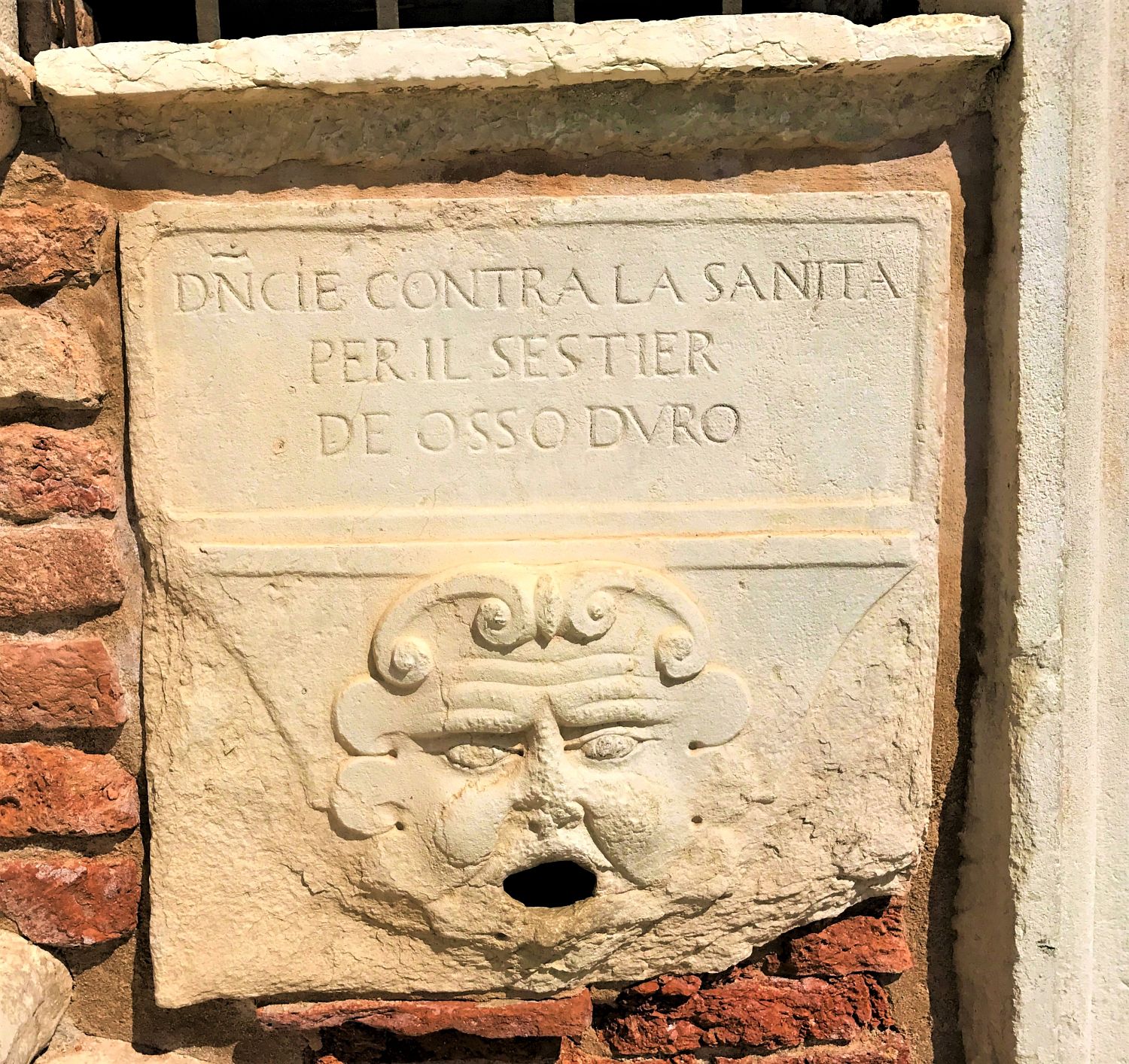 Lion’s Mouth against corruption in the Health Care System
The denounces
Anyone could write such denounces. It is quite easy then to imagine how frequent accusations against honest people could be, just because of hatred or envy. In order to prevent this from happening, in 1542 it was decided that anonymous denounces would be rejected, and that the person writing the letter had to sign it and to name two witnesses, in order for such denounces to be taken into consideration.
After the letters had been read, they would have been burnt by the judges.

The only denounces that could be anonymous were those concerning possible conspiracies against the State: it would be too dangerous and risky for the stability of the Venetian Republic to underestimate them.
When the accusation was considered grounded, the most feared council of the Republic, the Council of Ten, would start secret investigation, in order to come up with the proofs of the crime, followed by an exhausting interrogation of the accused person. 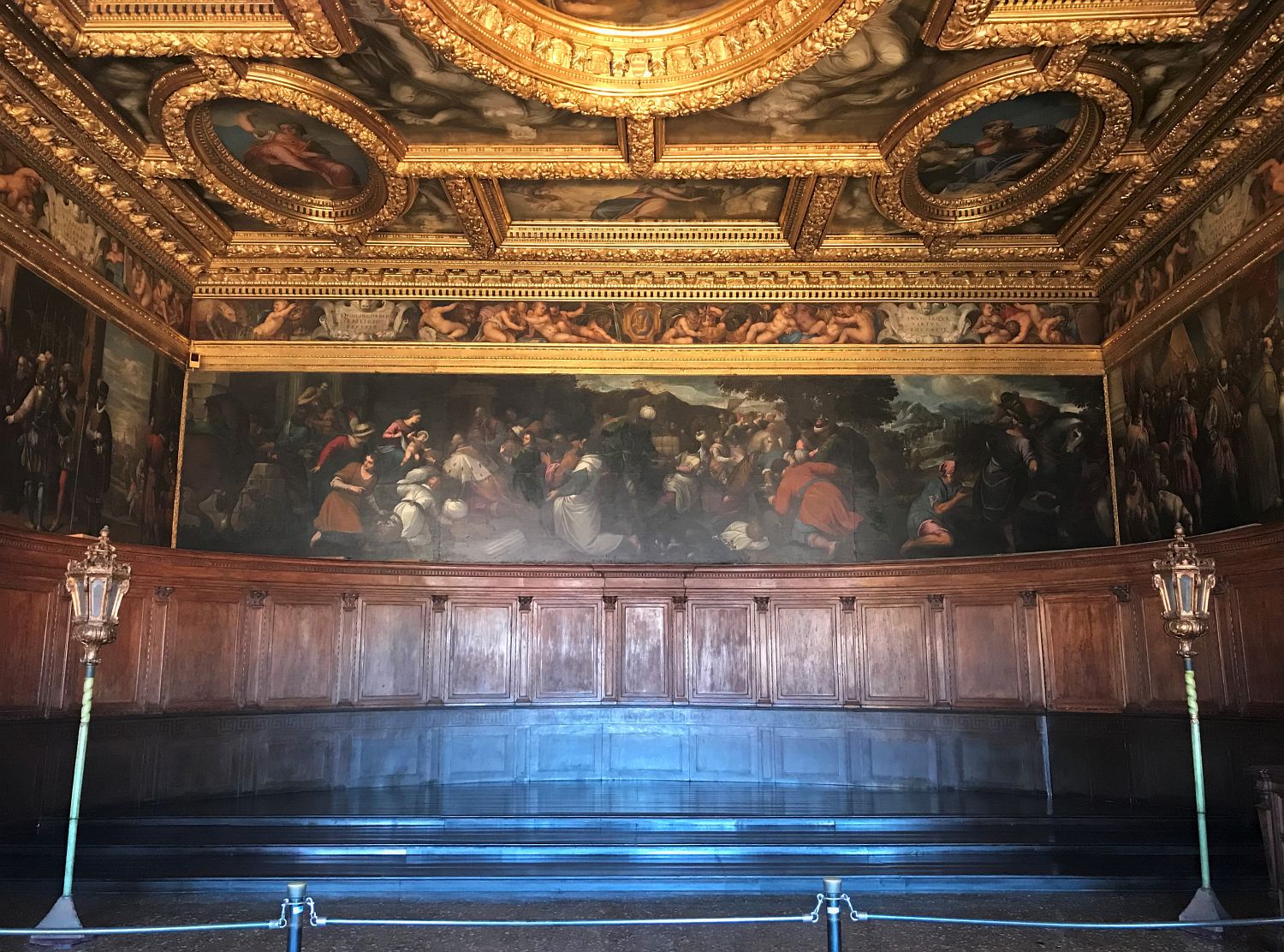 The Room of the Council of Ten, Doges’ Palace

Of course the worst crimes were those against the state, which were punished by long term relegation, exile or capital execution.
The Lions’ Mouths were created in order to preserve social peace within the Most Serene Republic, as to avoid internal fights and seizing of the power.
Every single Lion’s Mouth was meant for a specific crime.

Behind every such mouth there was a little wooden box where the accusations were collected. Special magistrates would keep the keys of such boxes, which could be opened only by the Chiefs of the Six Venetian districts. 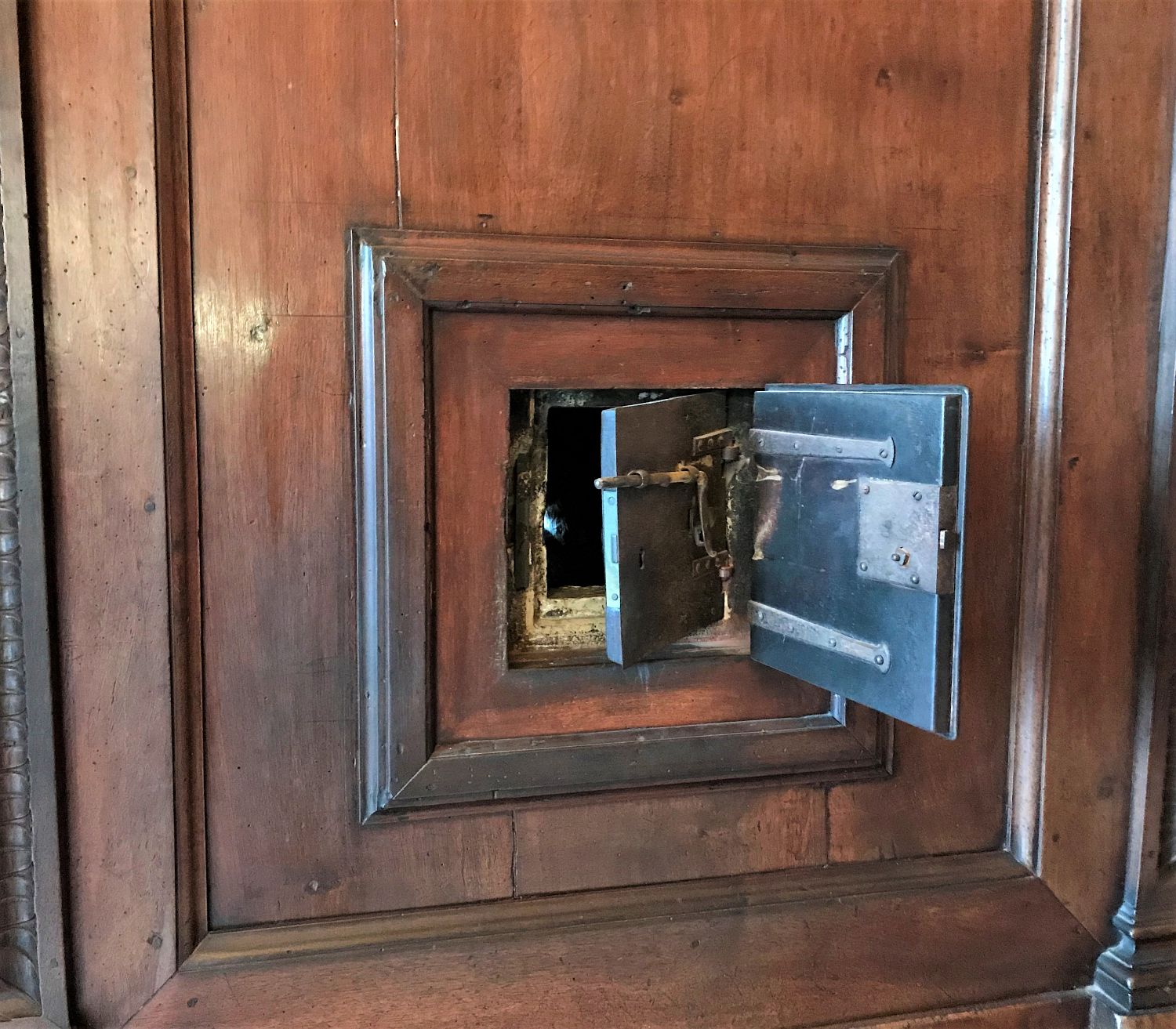 The box behind the Lion’s Mouth of the Bussola Room, Doges’ Palace

We can still see today some Lions’ Mouths both inside the Doges’s Palace and walking around Venice. 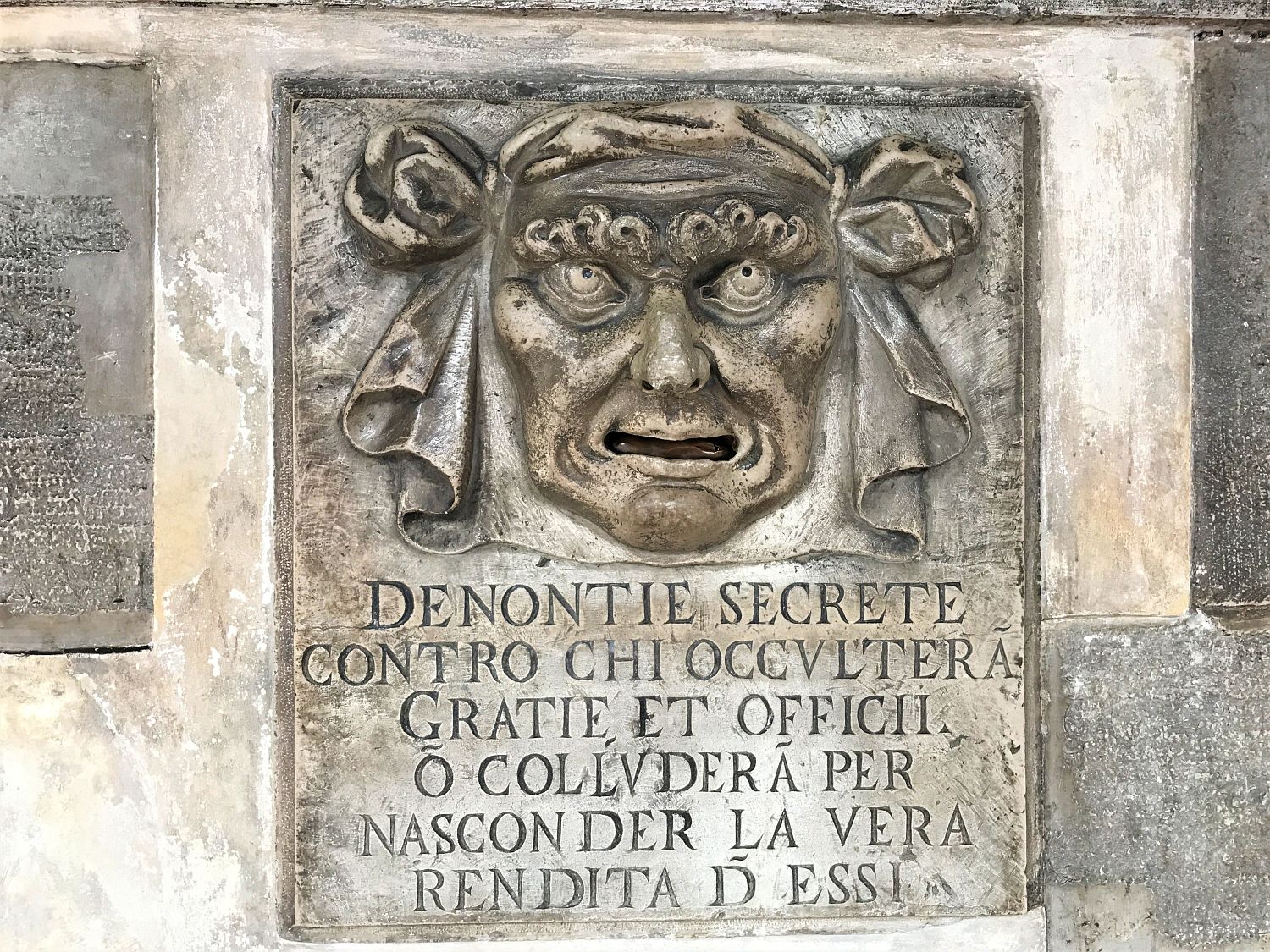 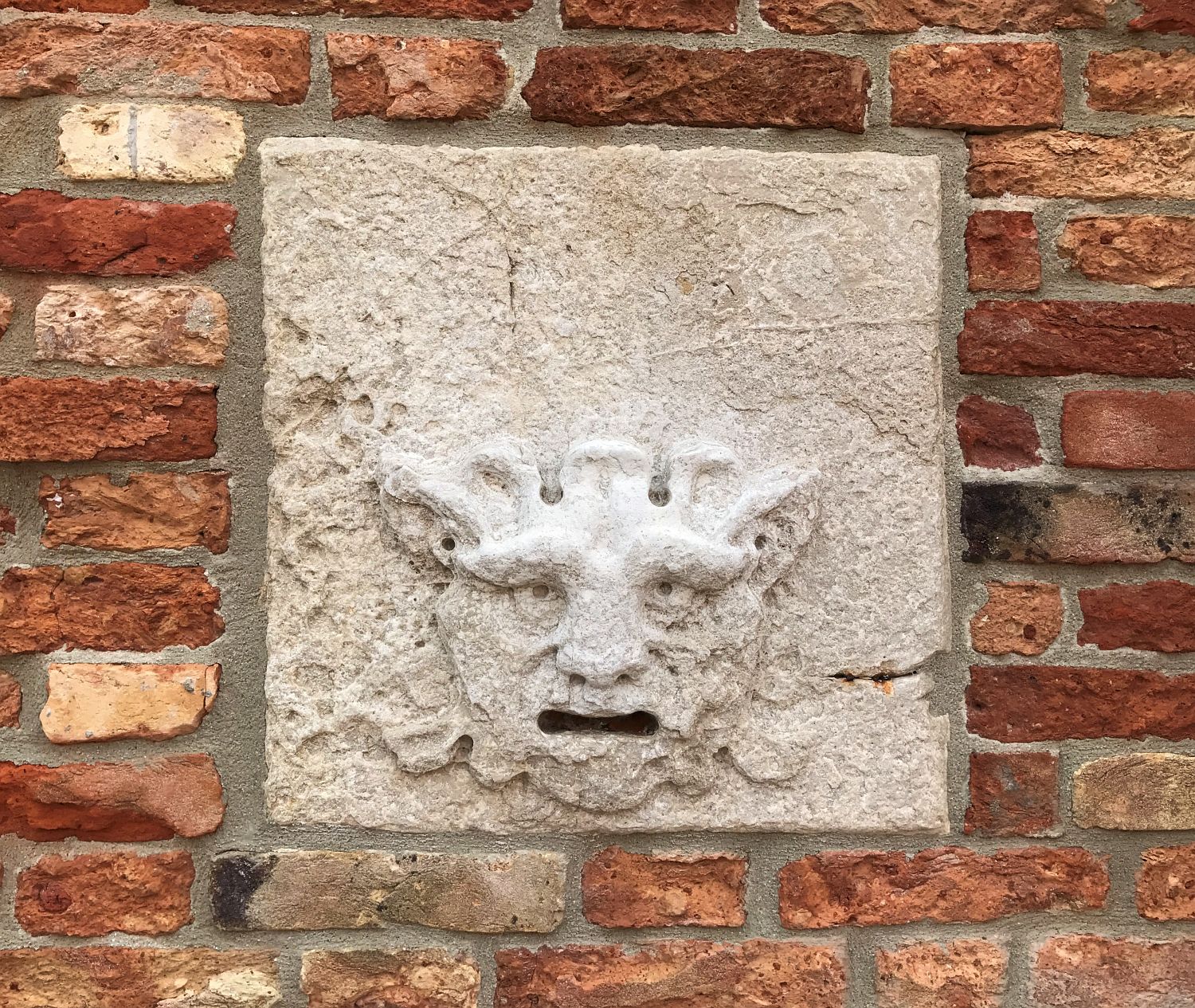 This system of secret denounces remained active up till the fall of the Venetian Republic, which occurred in May 1797, when Venice was conquered by Napoleon. In the following months most of the Lions’ Mouths and their inscriptions were destroyed. 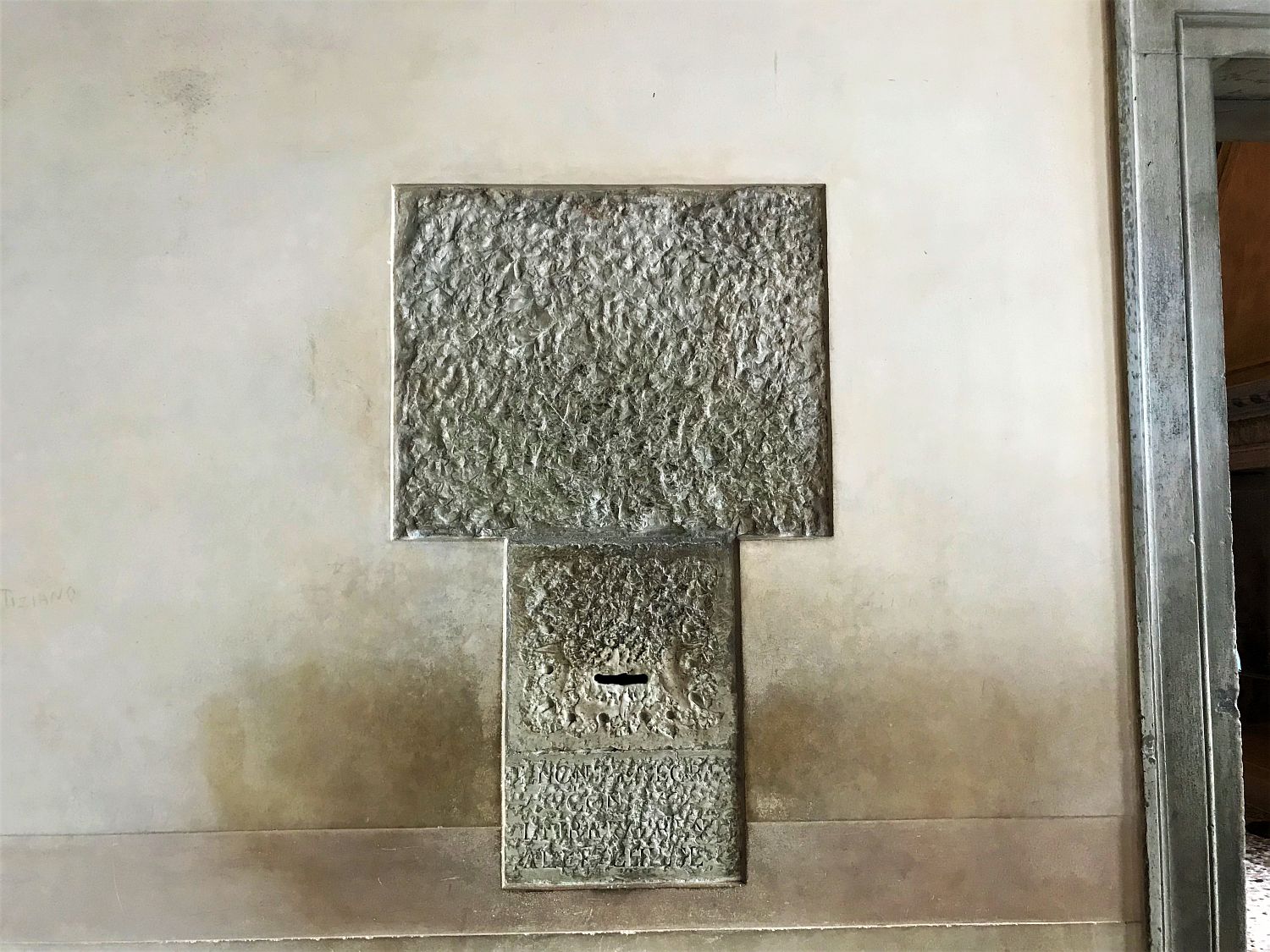 So here we are, waiting for you!
Let us take you on a guided tour around Venice that will unveil more details of this peculiar aspect of the judiciary system of the Venetian Republic.