A walking tour in Venice to discover the wells

Works of art everywhere in the city... Today we would like to write a little about a very important and unique structure that everyone can see in almost every campo or campiello (i.e. little squares), in open courtyards or inside the Venetian palazzos and convents: the wells. 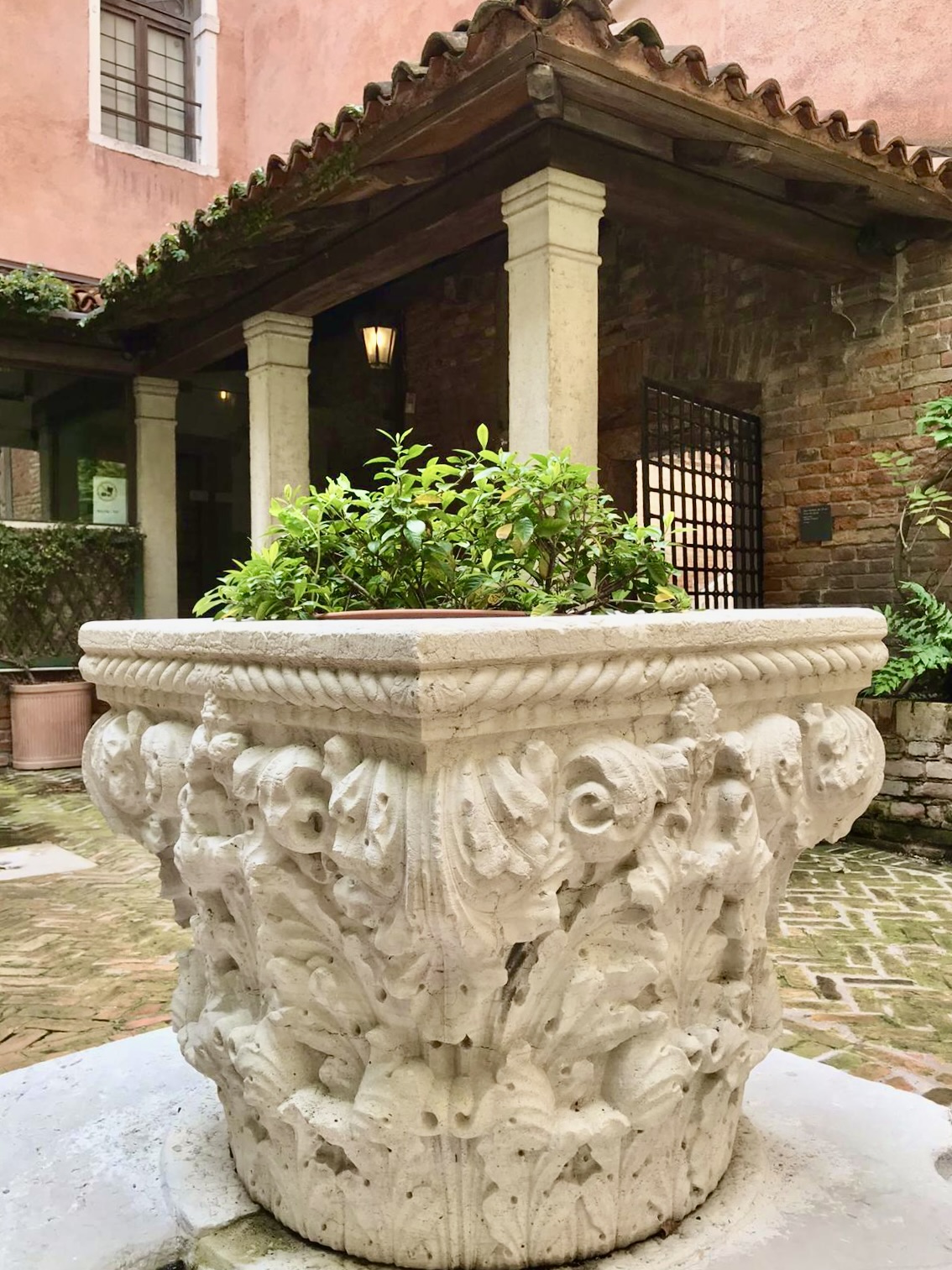 A well head in a private garden

Walking around the city, even better on a guided tour of Venice, it is possible to admire over 600 well heads made out of different materials (limestone, various kinds of marble, such as, for example, the elegant red marble from Verona). Some of them have very simple forms, some others are definitely more elaborate; some were even created by carving pieces of columns or ancient Roman capitals. 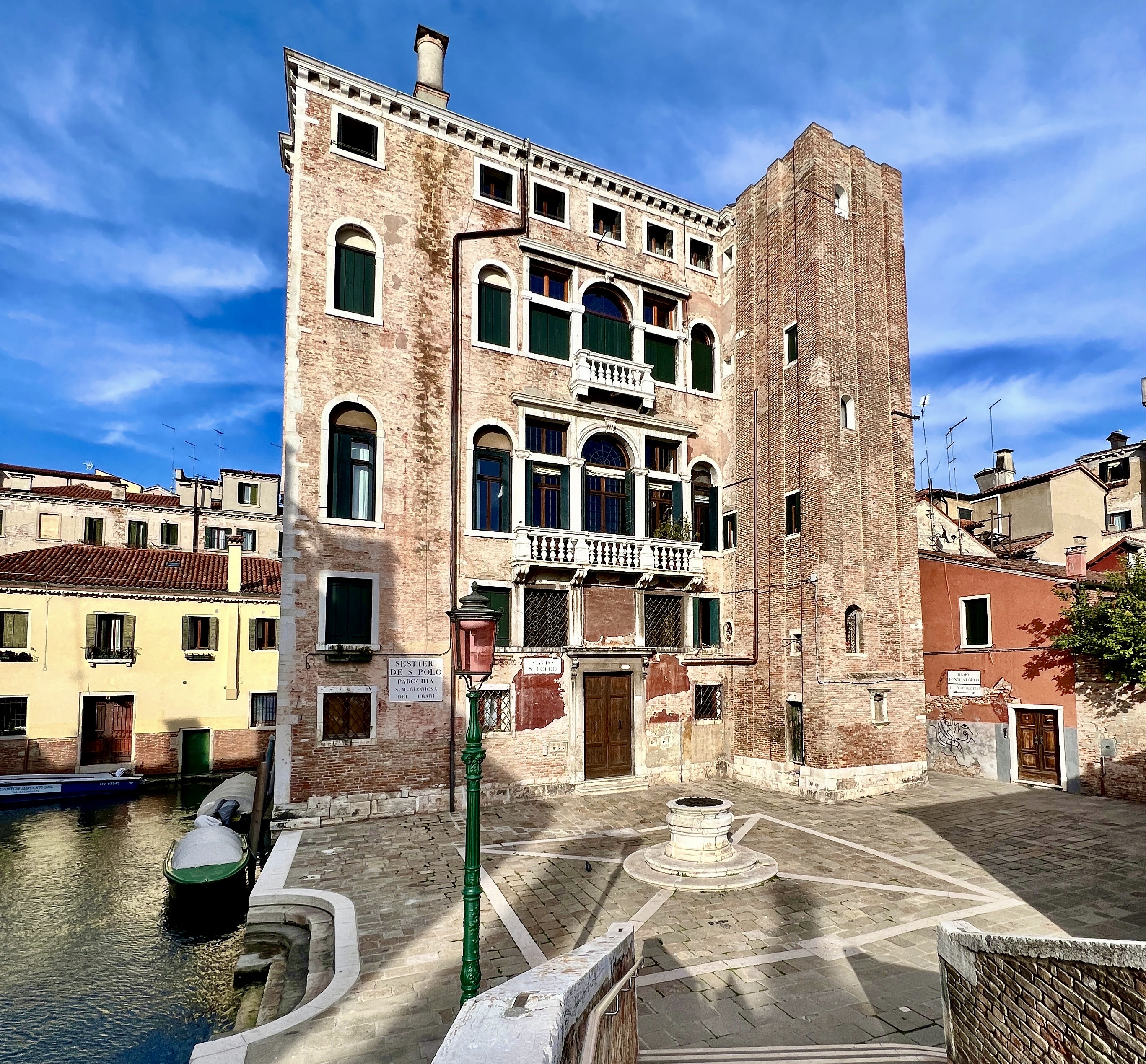 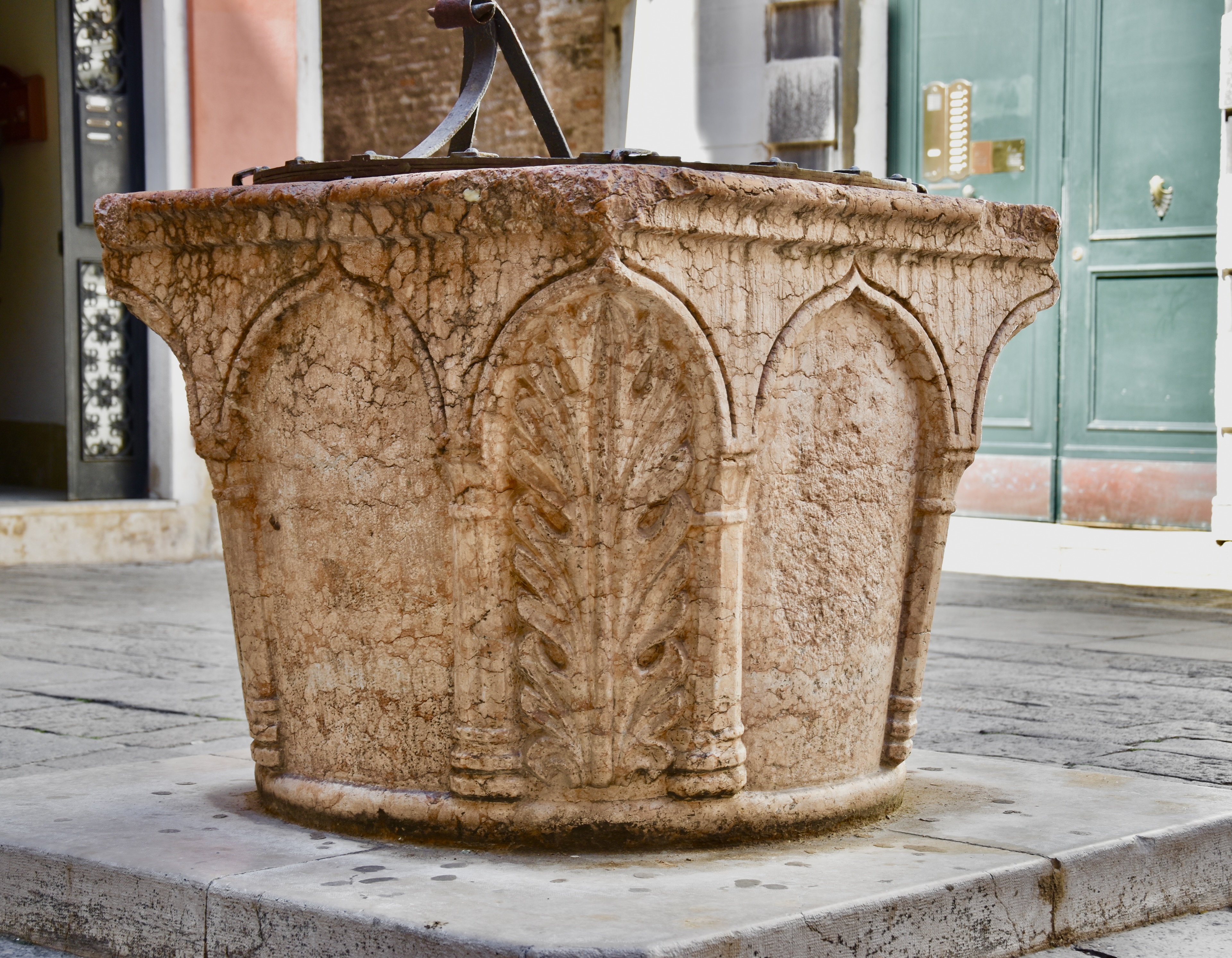 A well head made out of Verona red marble

They are exquisite works of art, and their main aim is to protect the actual wells, which are in their turn a masterpiece of engineering. Wells used to be fundamental in a city that was built on the water, but lacked drinkable water. As the historian Marin Sanudo wrote: “It is on the water, but it has no water”. 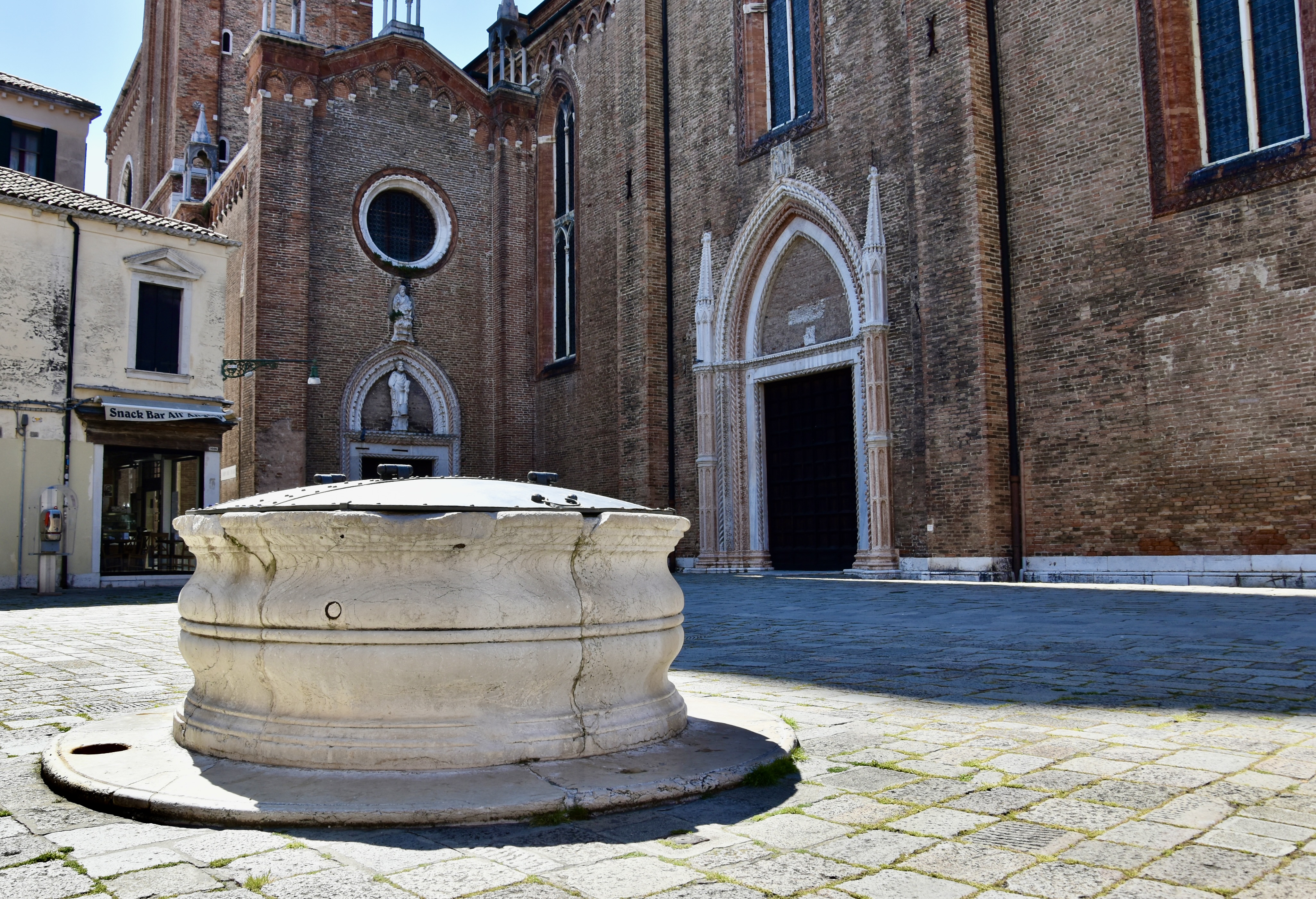 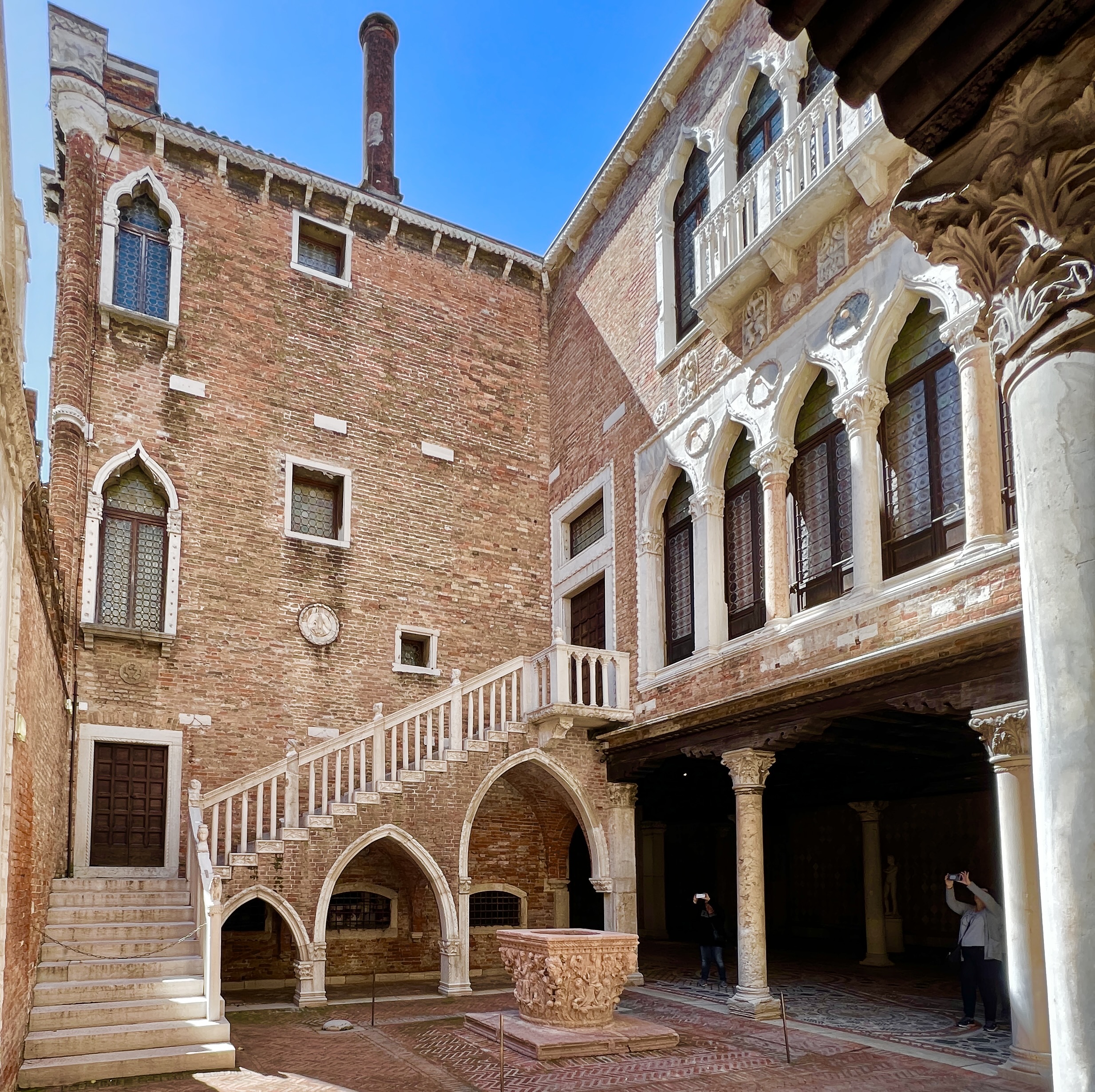 The beautiful well head of the courtyard of Ca' d'Oro

Water supplying in Venice in the past centuries

Since the very beginning, the Venetians has to face the difficulty of water supplying in the city. In the Venetian Lagoon there were no underground springs from where to get drinkable water. So they started to build large cisterns, very elaborate and expensive, where to store the water that was brought in from the Brenta river and where to filter and store the rain water. 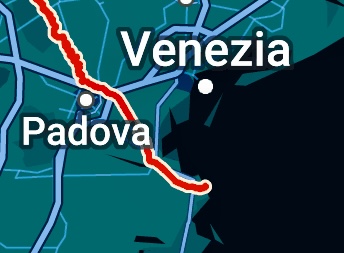 The course of Brenta river nowadays


The structure of the wells

But how were these wells built? First of all, a big pit had to be dug in the ground five meters (ca. 16 ft) below the sea level. The walls and the bottom part of the pit were then covered with clay to make the system impermeable to brackish waters. The pit was then filled, all around the well barrel, with sand of different consistencies, that functioned as a filter. The well barrel was built with particular bricks, called pozzali in Venetian (literally, “bricks for the wells”), which helped to filter the rain water even better. 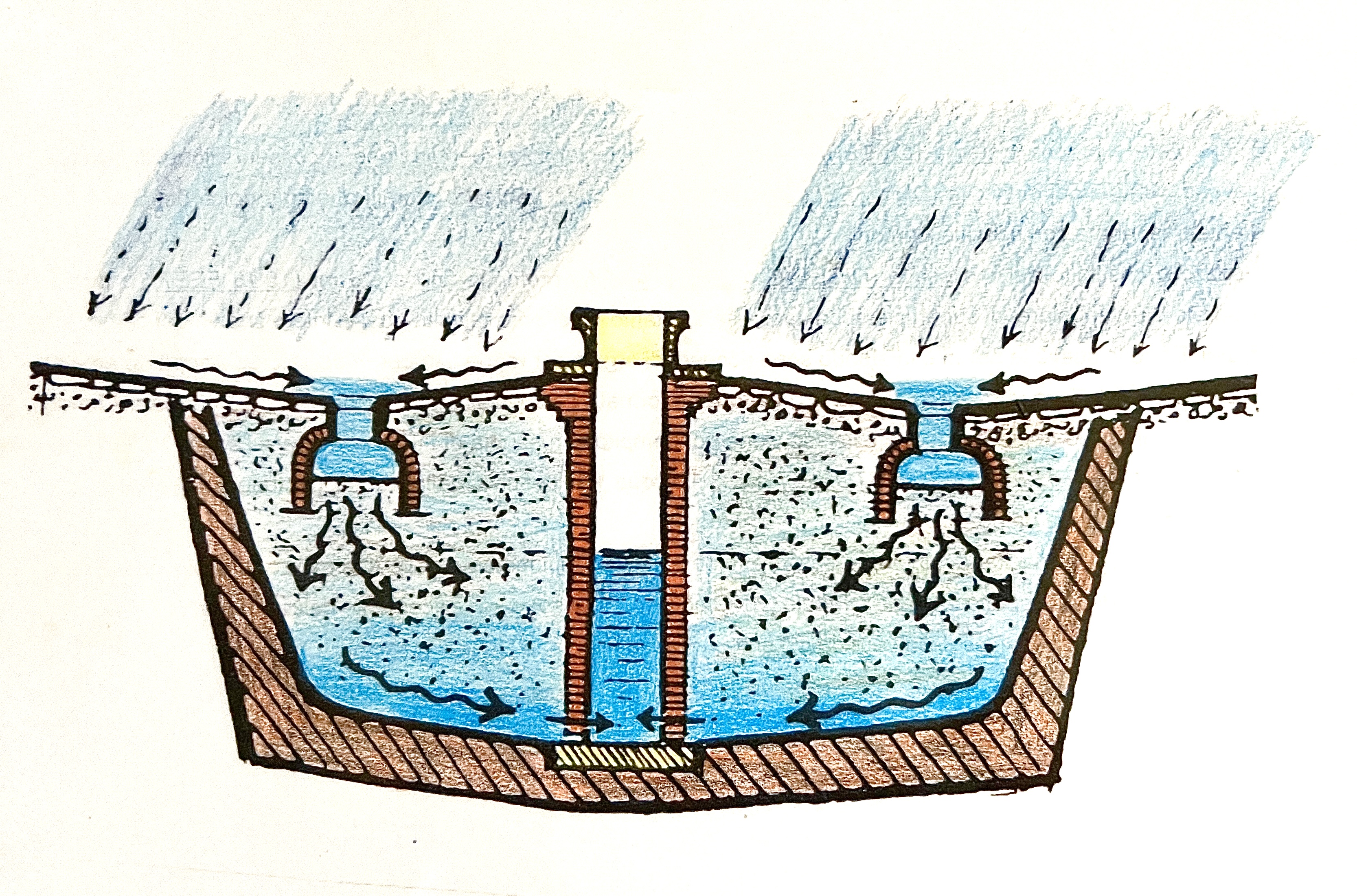 The structure of the wells 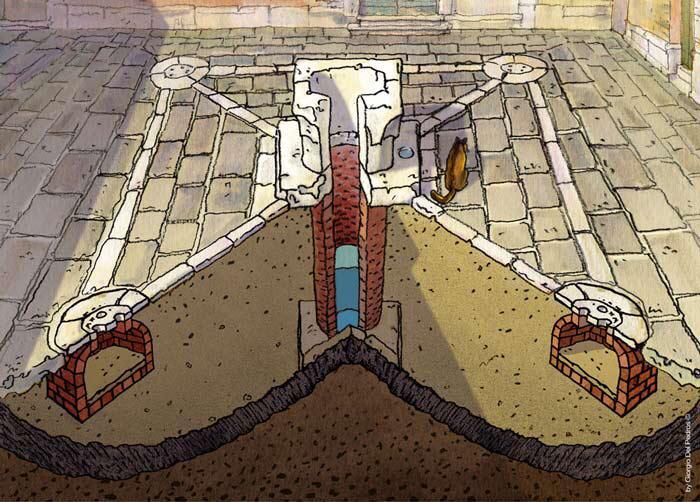 The structure of the wells

To build a well was really expensive, so several noble families, in order to celebrate themselves, commissioned such wells to be built in public areas for the sake of the entire community. These wells were obviously decorated with the coat of arms of the commissioner.
From a sanitary point of view, the wells were very well controlled by the authorities. They were opened twice a day at the sound of the proper bell, called the well bell. 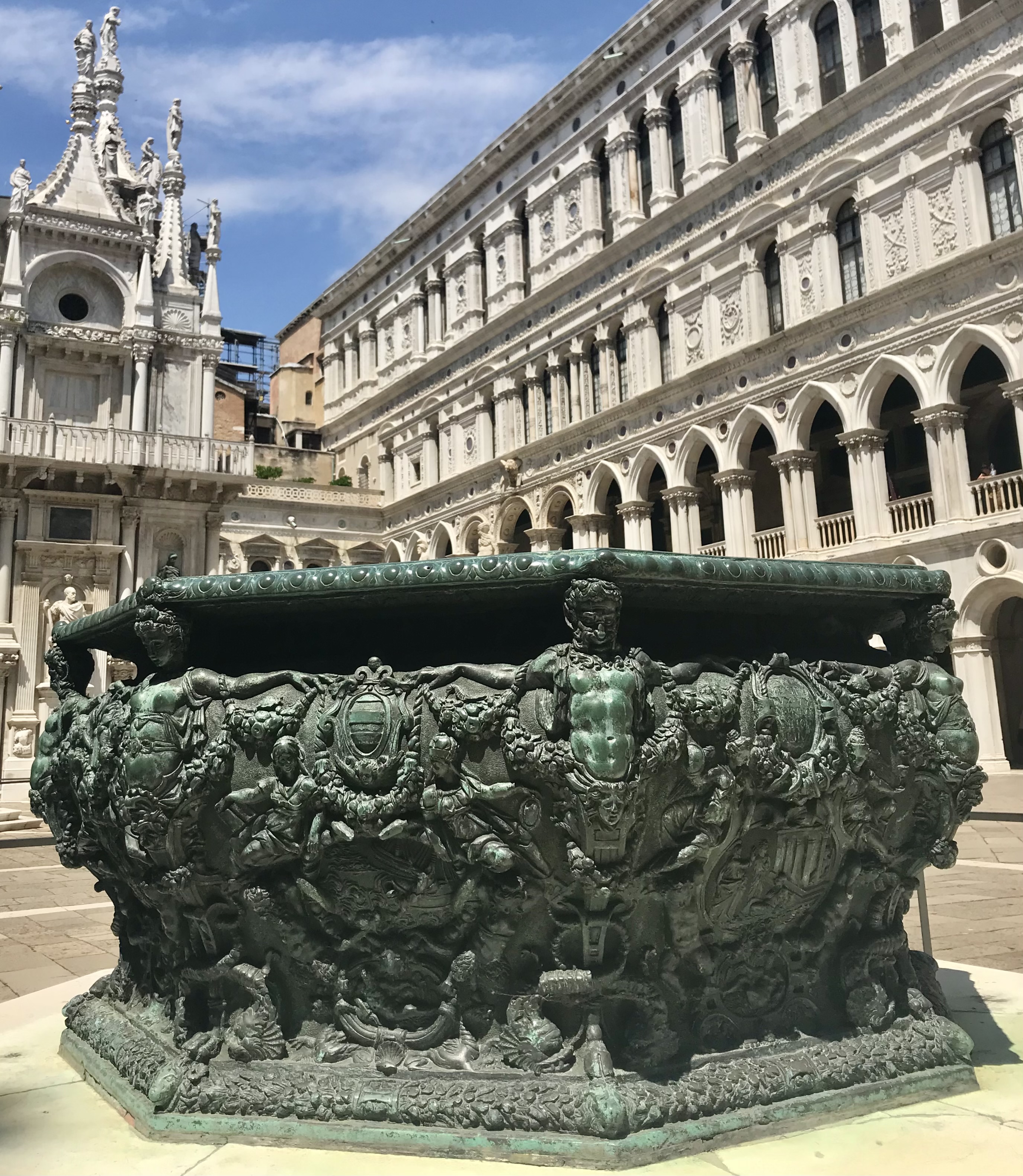 Would you like to learn more about these interesting wells? Here we are, looking forward to taking you on a guided tour to show you the most original among them. Ciao!
Contacts: info@guidedtoursinvenice.com

Walking at the discovery of Castello. (section: Unusual tours)

A walk through the Cannaregio district. (section: Unusual tours)

Venice and the red stone that stopped the plague. (section: Blog)

Our guided and private tours of Venice. (section: Blog) 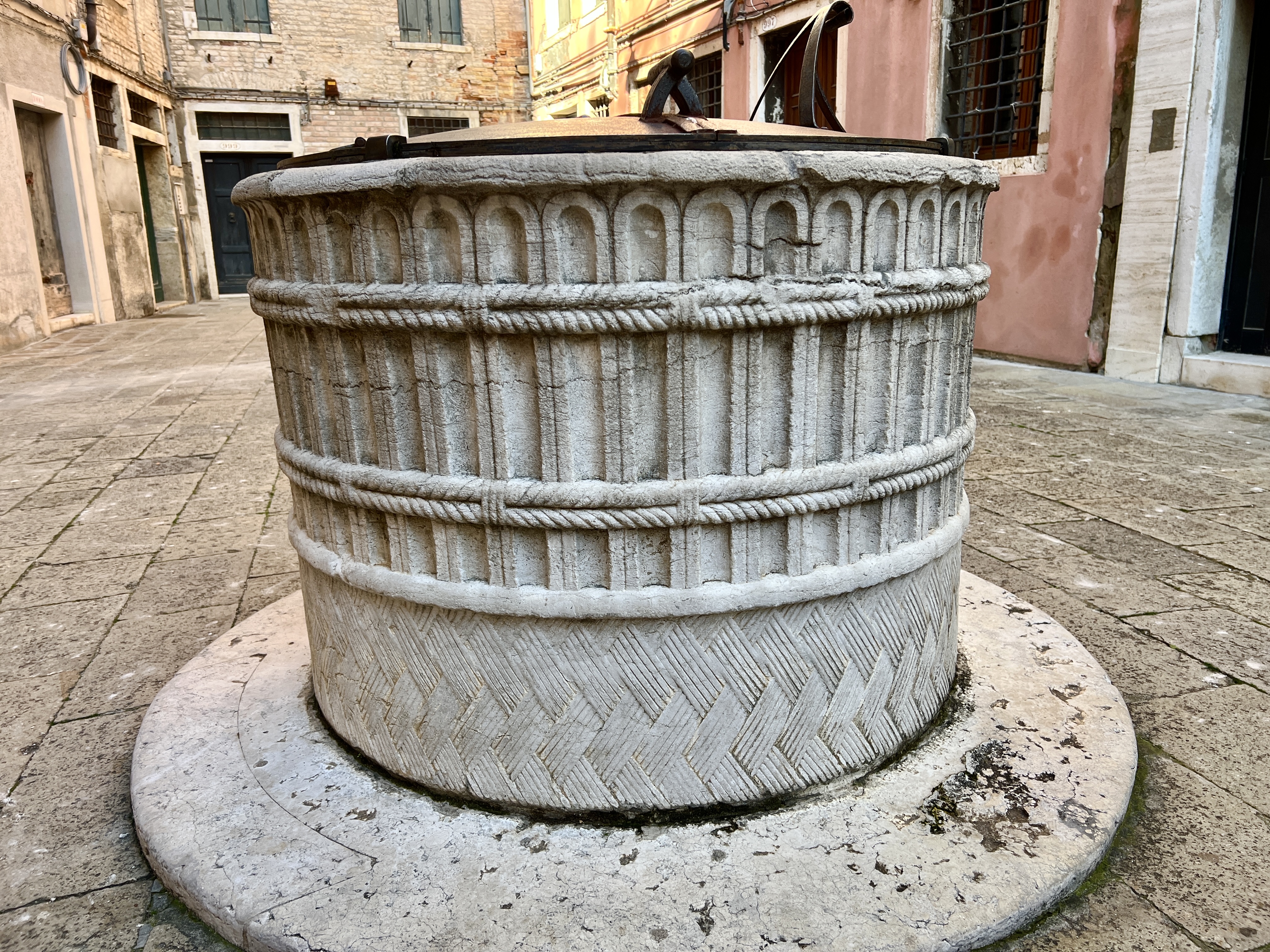