Carnival in Venice and its recipes: enjoy your meal!!!

Do you like cooking? Here the recipes of the typical goodies during Venetian Carnival

In our last post we promised to reveal some secrets about how to prepare the typical Venetian goodies we eat in great amounts during Carnival. In the meantime we have walked around Venice in search of the best pastry shops where to taste the most delicious specialties, and we have tried quite a few of them! So good!

There are several renowned places, for example, where to taste the Venetian frittelle.
The pastry shop Tonolo in Crosera San Pantalon is possibly the best. Every year during Carnival it becomes literally overcrowded both with locals and foreigners, since the fame of their delicious frittelle has spread out throughout the world. They offer the typical raisin, or custard or liquor cream versions, but we suggest to try also their apple frittella. 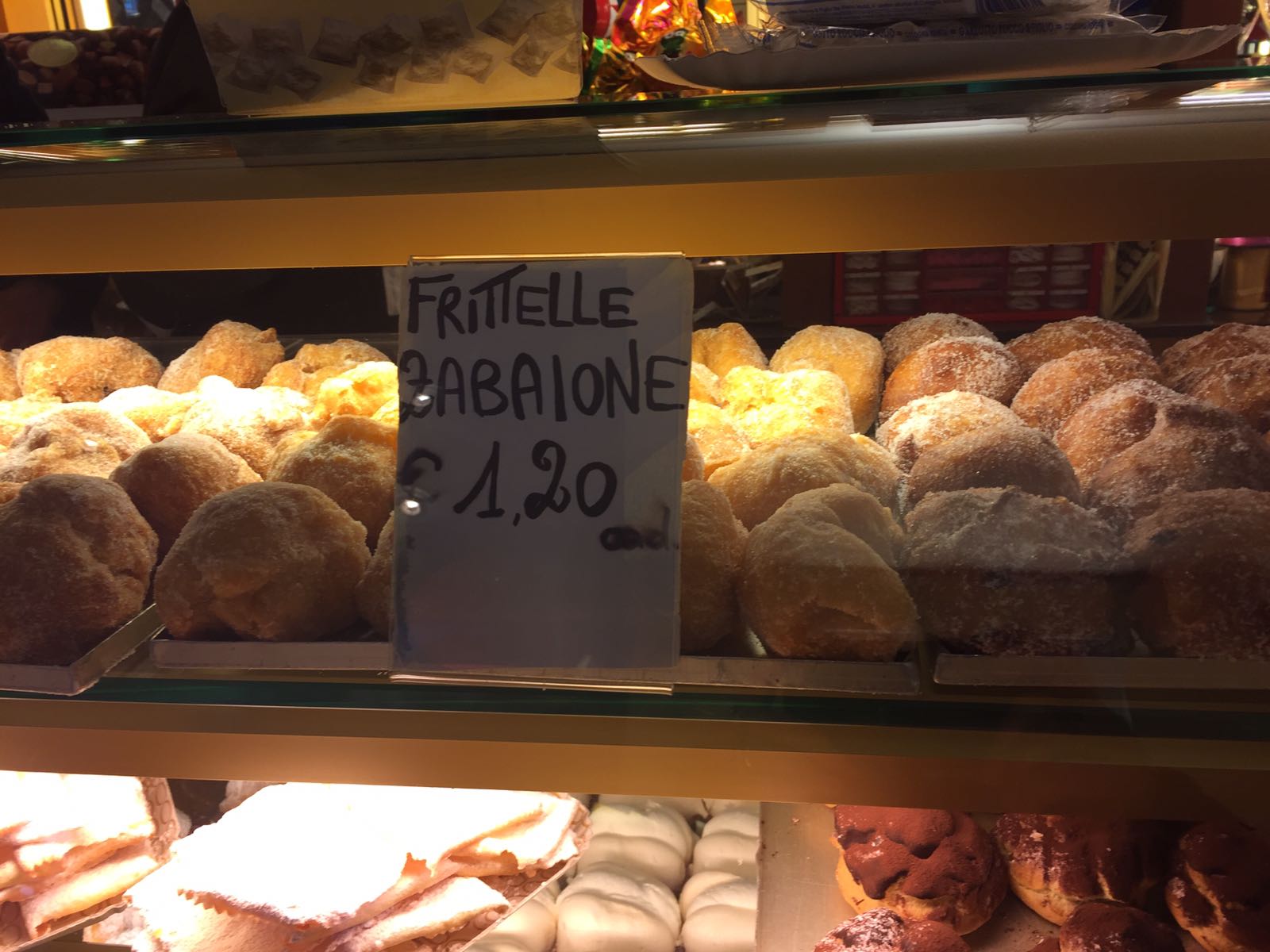 Probably quite as good are the frittelle fried by Grandpa Franco Colussi, who, aged already 80, still works hard and prepares frittelle with the hole (they almost look like doughnuts), using a 17th century recipe.

Procedure
Rinse raisins and soak them in grappa for about 30 minutes. Pour flower in a bowl and add milk, sugar and eggs, to form quite a soft dough. Melt the yeast in a little bit of warm water. Drain and then squeeze raisins. Add the melted yeast, the raisins and a little salt to the dough and amalgamate carefully. Let the dough leaven in a warm and dry place for about two hours. Eventually, heat the oil in a pan to the boiling temperature and fry little amounts of dough (use a spoon to pour the right amount of dough in the pan). You can choose whether you prefer to give frittelle a round form or a flat one with the hole inside (like Grandpa Colussi's ones). When frittelle are fried on one side, turn them around using a skimmer, so that they can become equally golden in color on both sides. Finally, drain them from the oil and place them on blotting paper. Place then frittelle on a large plate and sprinkle them with powdered vanilla sugar.

One other kind of frittella can be found in Majer's pastry shops: it is a little bigger than usual, and sometimes it has a ricotta cheese filling, less caloric... so that you do not feel too bad!

If you are lucky enough, you might have the chance to try the superb frittella with chocolate filling prepared by Vizi & Virtù, but it is quite rare to find, since it is produced in limited amounts.

During the Carnival you can also taste crostoli or galani. These goodies were known even in Ancient Rome, where during the Spring feasts a sweet version of the typical Italian lasagne was prepared: the dough would be sweetened with honey and would be rolled into very thin layers that would be eventually fried. The peculiarity of the Venetian version of galani consists in their thickness: unlike the fairly thick ones that you can find in the mainland, galani in Venice are extremely thin. And here is the recipe!

Procedure
Mix all the ingredients together to obtain an homogeneous dough, with no lumps. Roll the dough into a thin layer and let it rest for a while. Then roll it again into a very thin layer, as thin as possible. Cut it into lozenges with a little additional cut in the middle. Fry galani in hot corn oil. Drain them from the oil and place them on blotting paper. Finally sprinkle them with powdered sugar. 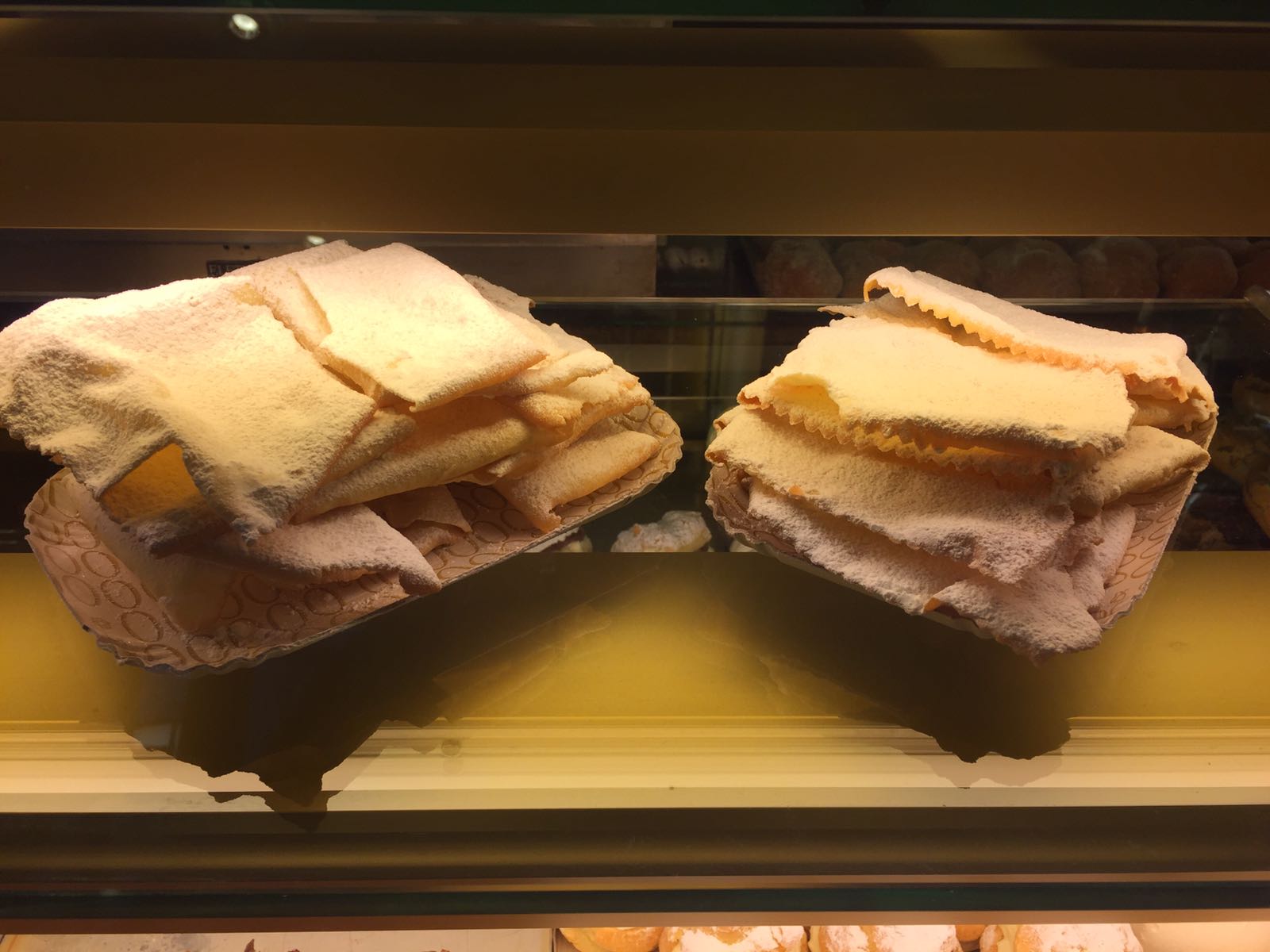 Last but not least, here is the recipe for castagnole, which are somehow easier to prepare.

Procedure
Mix in a bowl butter with sugar and eggs. Then, while stirring, add grated lemon rind, salt, flour and baking powder. Using a spoon, form little balls, more or less the size of a walnut, and fry them in hot corn oil. As soon as castagnole become golden in color, drain them from the oil and place them on blotting paper. Eventually sprinkle them with powdered sugar. 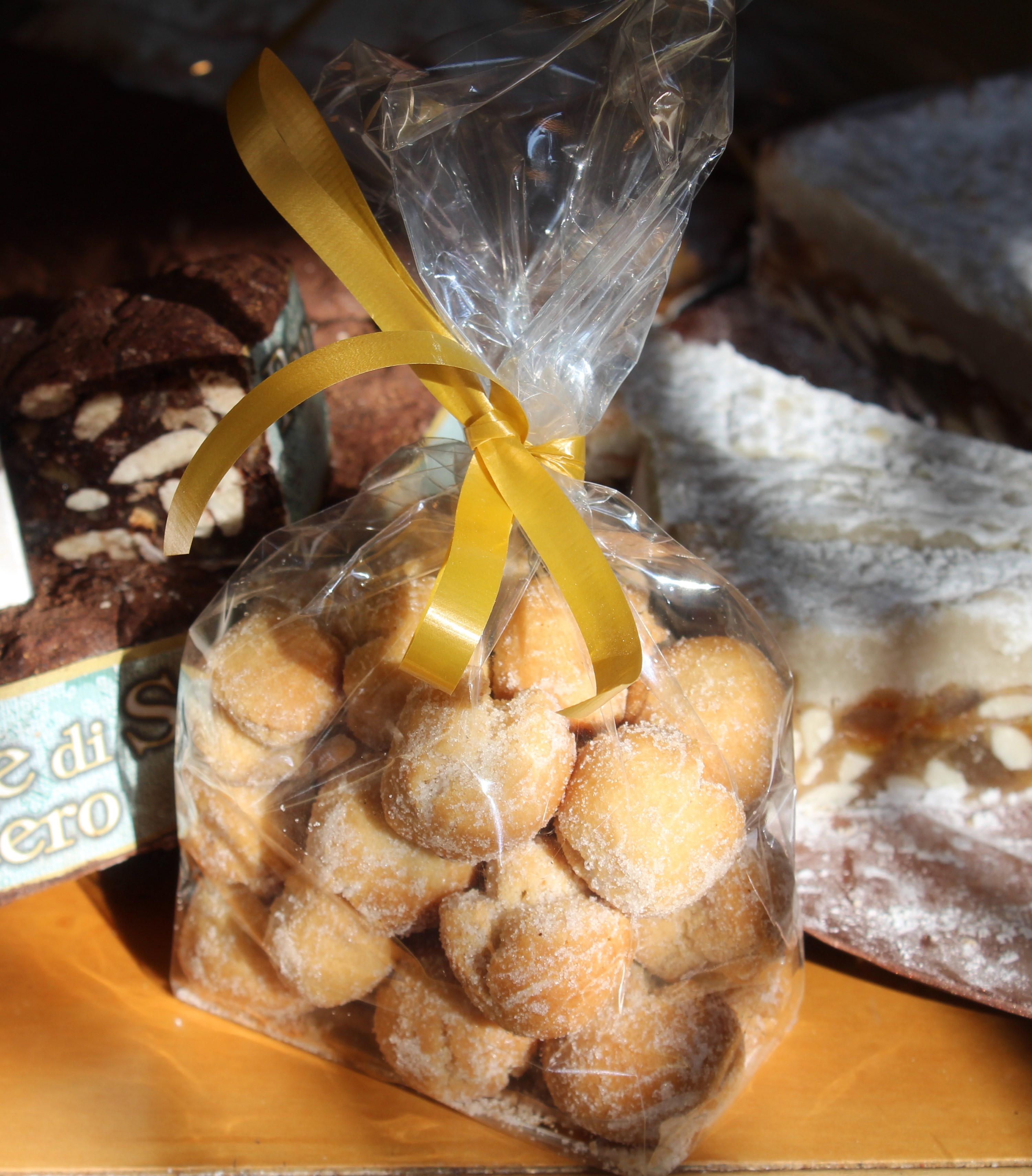 We must now confess that Marialaura's granny prepared excellent holed frittelle, exactly like Grandpa Colussi's ones. Monica's grandma instead was great in frying galani and castagnole. What about Cinzia's grandmother? She simply enjoyed eating all these superb goodies!

Have a nice Carnival in Venice! And enjoy our seasonal specialties! 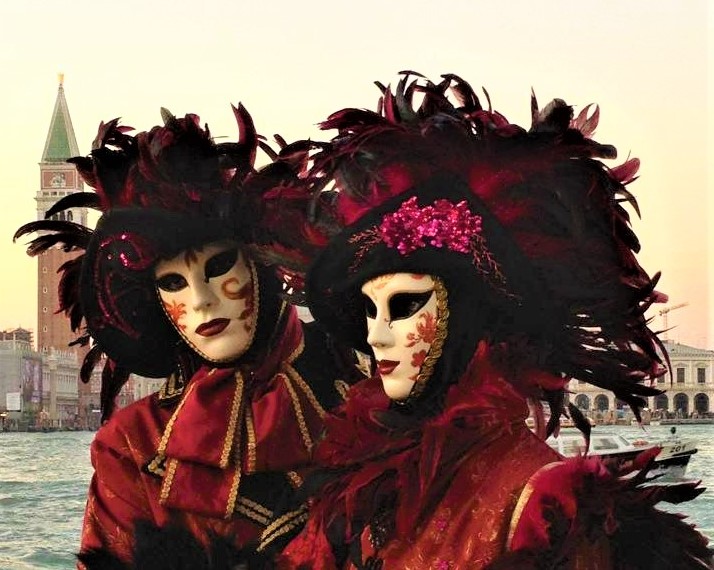