From Venice to the USA: Thomas Jefferson’s admiration for Andrea Palladio

Palladio's influence in the United States of America

Palladio, Thomas Jefferson, the White House, the American Renaissance… do all these names have something in common? Is there a fil rouge, connecting all of them? Yes, there is, undoubtedly! In this post we start from the Veneto region to end up in the New World, in search for a unique cultural heritage. 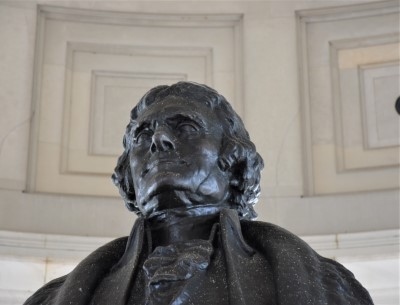 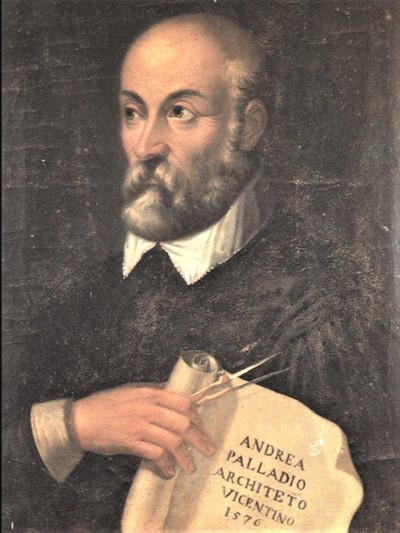 Andrea di Pietro della Gondola, better known as Andrea Palladio, was born in Padua on November 30, 1508 and died at Maser on August 19, 1580. In 1570 he became the official architect of the Venetian Republic, after Jacopo Sansovino’s death (Florence, July 2, 1486 - Venice, November 27, 1570). Palladio was definitely the best interpreter of the great Roman classical architecture, which he adapted to the needs, both religious and lay, of his times.

In Venice we can still admire his imposing Benedictine church dedicated to St. George and his majestic Redeemer’s church. 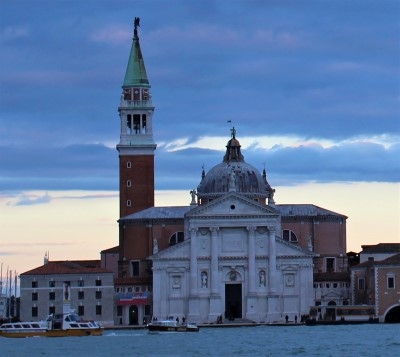 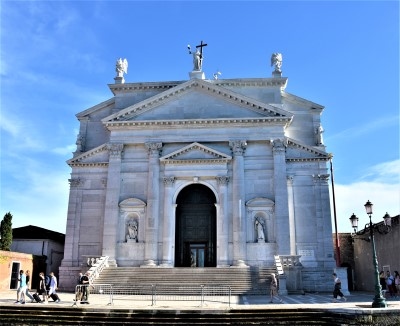 The Redeemer’s Church by Palladio

In the Venetian mainland he projected several villas, which are among the greatest masterpieces of the region: Villa Malcontenta along the Brenta river, Villa Barbaro at Maser, the unique and spectacular Villa Capra “La Rotonda” near Vicenza, to name just a few. 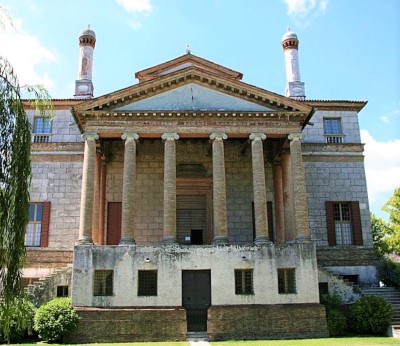 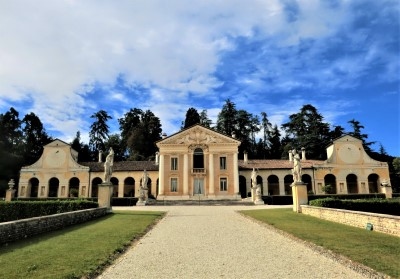 Villa Barbaro at Maser by Palladio 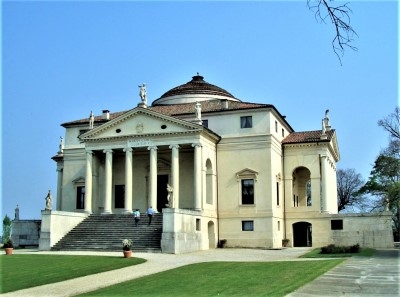 It is then not surprising that the echoes of this excellence have travelled the world over, starting from the Old World and eventually reaching the countries overseas, in particular thanks to the British experience promoted by Lord Burlington.

The third President of the United States of America, Thomas Jefferson (1743 – 1826) was a learned man, he loved art, he had good knowledge of Latin and Greek. For his Country, devastated by terrible battles, he desired an architectural style that could be a symbol of perfect balance, a harmonious style that could give a sense of peace and serenity to the people. Jefferson could find all this in a very special artistic current, the so called Palladianism. He had read the “Four Books on Architecture” by Palladio, that he considered “my own Bible”. 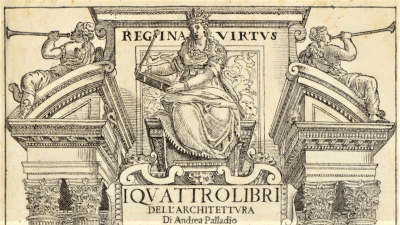 Jefferson was looking also for that perfect harmonious fusion between architecture and the surrounding landscape that the famous architect had reached with his projects of villas.

The White House was projected by the Irish architect James Hoban between 1792 and 1800, in Neoclassical style.

Jefferson became the President of the United States at the end of 1800, and in 1801 he moved into the White House. He decided then to modify the building withtypical Palladian elements: the pronaos, the porch that rests on columns, at both the North and the South entrances, and the two lateral wings. 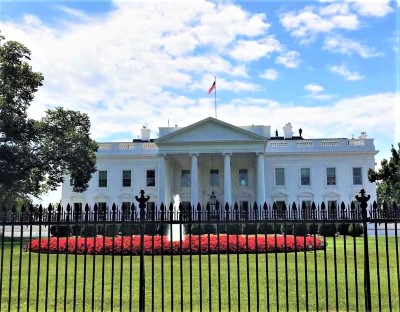 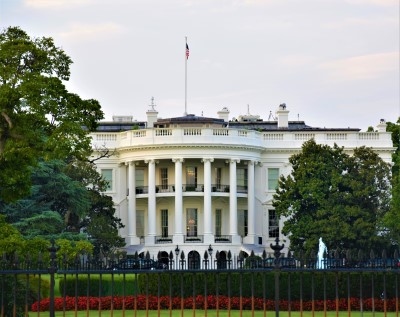 Thanks to Jefferson’s great admiration for Palladio, Americans in the 19th century started to talk about the “American Renaissance”, since Palladianism spread all throughout the Country.

The stylistic structure of the Capitol was influenced by villa Capra “La Rotonda”. 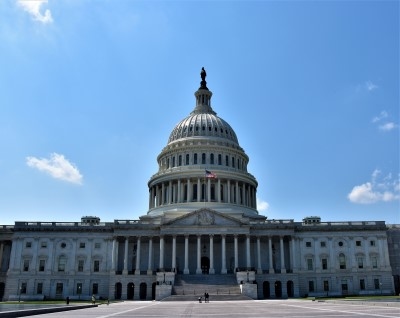 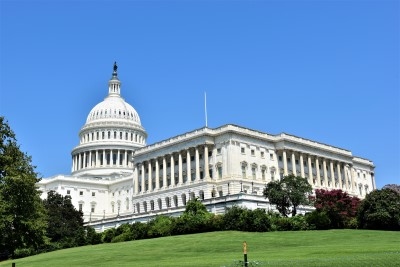 Also the plantation houses in the Southern States were projected following Palladian projects. 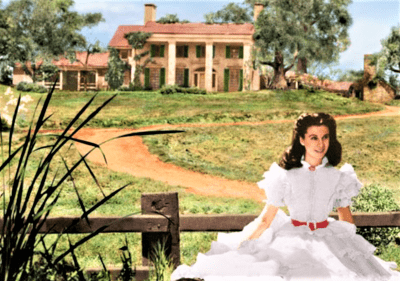 Scarlet O’Hara’ house in Gone with the Wind 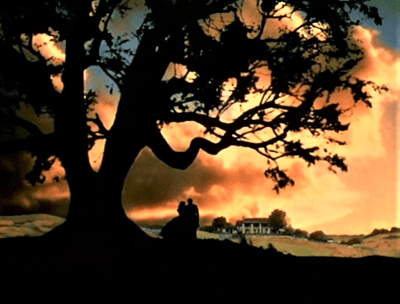 Gone with the Wind

The best example of Palladian influence in the U.S. can be found in President Jefferson’s own house, called Monticello (little mountain), in Virginia. It was projected by Jefferson himself: he was in fact a good architect. The name of the house, as well as the model, came again from villa Capra “La Rotonda”, which had been built by Palladio on top of a hill. 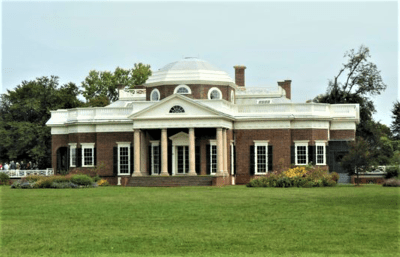 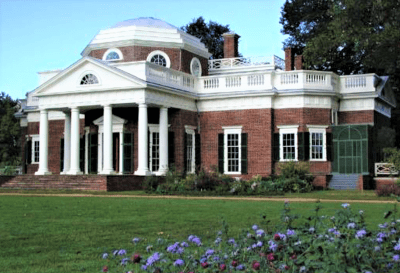 In the present days Palladio is still considered an extremely important figure in the United States. With Resolution N. 259 of December 6, 2010 Andrea Palladio was recognized as the father of the American architecture. Both Houses of the Parliament, just a little after the 500th anniversary of Palladio’s birth, have officially stated that this major architect was of great influence in the development of the architecture all over the United States, and have expressed their gratitude for the way his life and career eventually affected the environment in the New World.

Still nowadays, then, Americans strongly feel the importance of Palladianism in their County.

So why don’t you ask us for a Venice private tour in order to visit the original masterpieces by Palladio, both in our unique city and in the mainland? We are waiting for you: we have more stories about Palladio and Jefferson to tell you, and some of them are quite original...

We say goodbye to you with the pic of the Jefferson’s Memorial in pure Palladio style. Ciao. 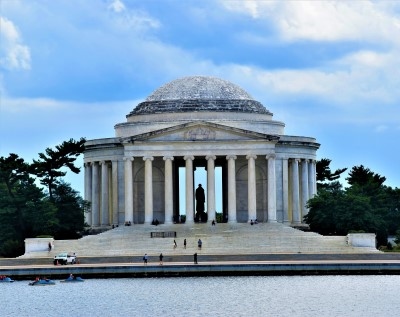