Hide and seek with Damien Hirst in Venice

Which is the most original, loved, hated, exalted exhibit in Venice right now? It is definitely an exaggerated, oversized, strange, fantastic exhibit. It has been created in a very peculiar way, it has been built up, taken down, invented (no way! Has it been totally invented for real?)… It is impossible to ignore it, it is impossible not to talk about it, it is impossible not to notice and eventually visit it. It is the most relevant event of the year as far as contemporary art, and art in general, is concerned. It is split into two exhibit areas, Palazzo Grassi and Punta della Dogana (i.e. the ancient custom office). 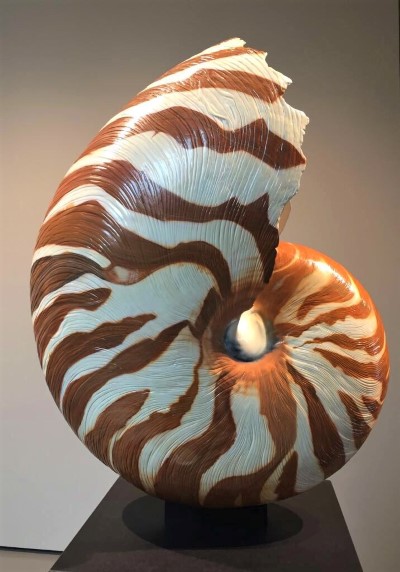 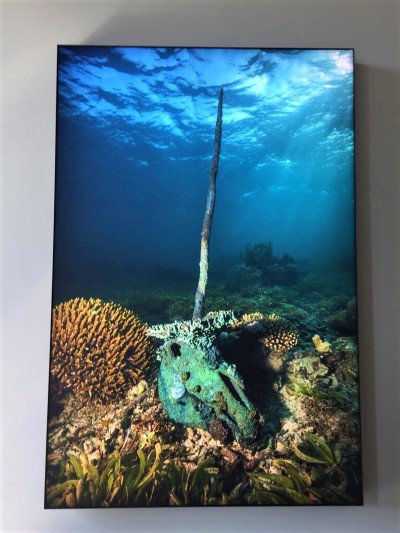 Unicorn under the sea

It is the first time, after the Pinault Foundation was established in Venice, that one single artist occupies at the same time both these exhibit areas, for a unique and incredible exposition. It took 10 years of work to prepare it, in total secrecy, almost as if it concerned the production of an atomic bomb. And exactly like a bomb, its loud deflagration has been heard everywhere.

I am talking about Treasures from the Wreck of the Unbelievable , the exhibit where all the works of art come out of a genial invention by Damien Hirst, a former Young British Artist. 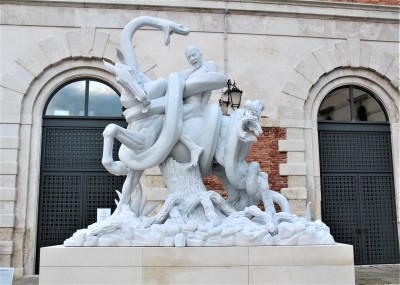 The fate of a Banished Man 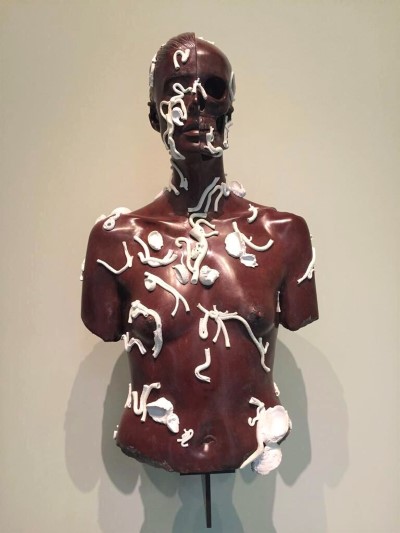 The British artist has invented an ironic story, unbelievable but at the same time plausible, and as a result the visitors get quite confused. We have to deal with a story that, however seemingly real, is “told” by objects and works of art that the artist pretends to be real archaeological finds. 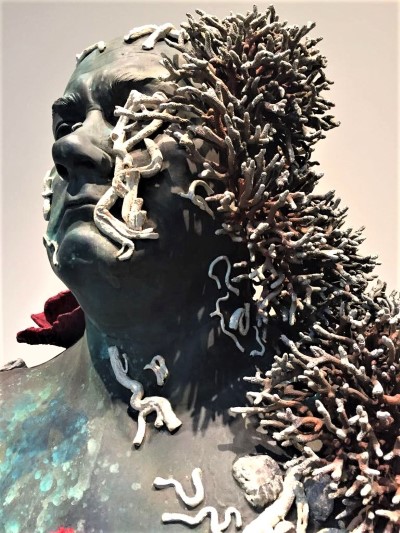 Self portrait of Damien Hirst as a bust with sea encrustations 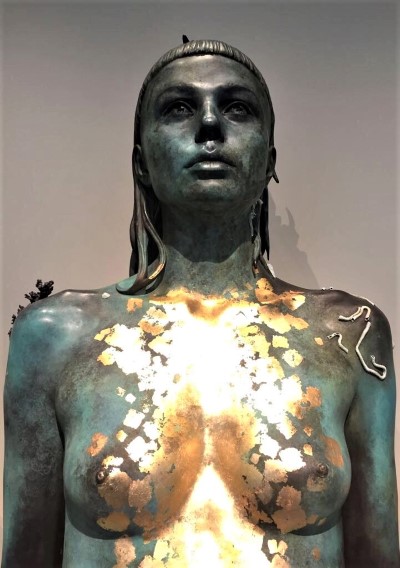 Hirst deceives us, telling us about how these items were found under the Indian Ocean in a wrecked ship that was transporting the ancient treasure, dating back to 2,000 years ago, that belonged to Cif Amotan II, a freed slave that had become an incredibly wealthy collector of marvelous objects from all over the world both known and unknown back then. 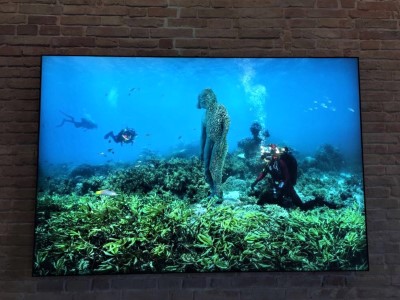 Image from the video of the finding 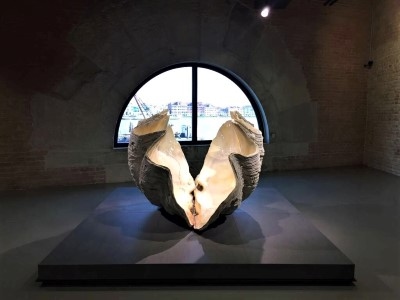 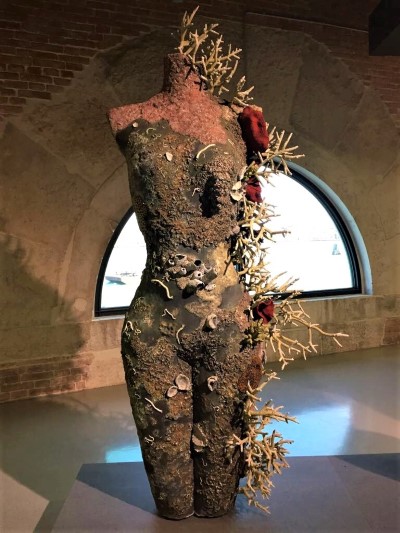 This exhibit is after all a big game. The artist creates a smart, although exaggerated, allegory, comparing apparently ancient findings with their modern recreation. He uses precious materials: gold, silver, bronze, lapis lazuli, malachite, rock crystal. The dimensions of the items range from very little size to gigantic. The comparison between the real (or seemingly real) objects and their replicas has been frequently used by Hirst in his career. 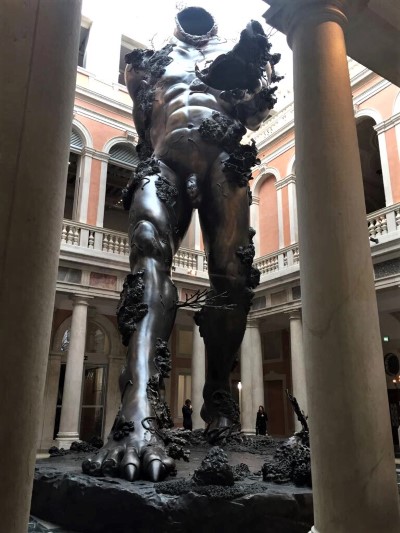 Gigantic object: the Monster, found under the sea 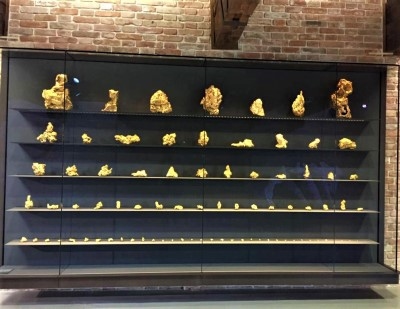 Here are some examples of Hirst’s art works, among those that made me smile and that also evoked funny, as well as cultured, associations. Do not forget that this is a game, but you have to end up believing in it, or it would eventually become absurd. I really suggest to take part in this game, as to fully appreciate it. After all, in the end, in the very last room of Palazzo Grassi, the two jade hands, clasped in prayer, reveal quite a lot about Hirst’s intentions… 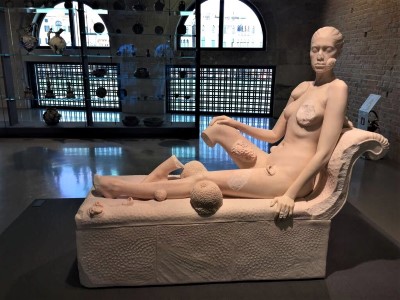 Female figure on a triclinium 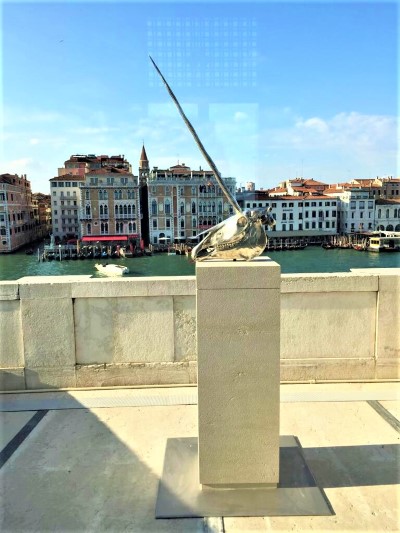 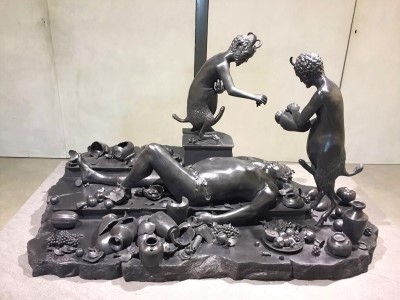 Bacchus and the Fauns

The sculpture representing a hermaphrodite, with coral and shell encrustations (well, after having been for 2,000 years at the bottom of the sea this is more or less the aspect it should have!) is exposed in the same room with its replica and with its “fixed” version, obtained by adding the arms and the legs, as sculptors would do in the 16th century with ancient works. It is some sort of a delicious incongruence to see the three versions all in the same room! 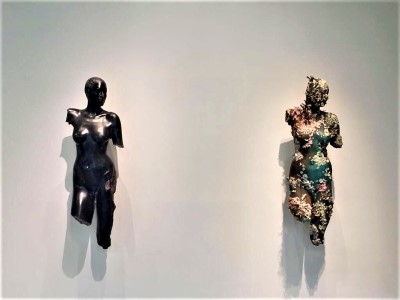 Hermaphrodite, sculpture with encrustations and its replica 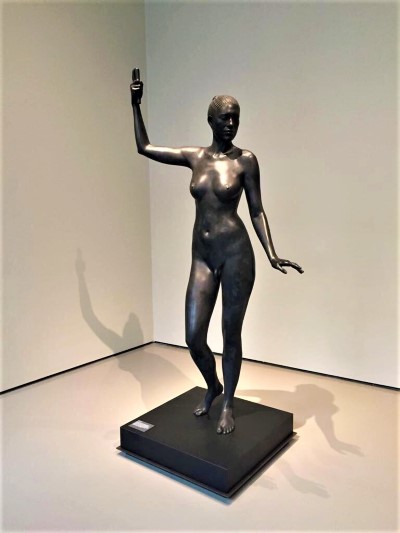 Five little fertility sculptures, quite similar to Moore’s works, have been photoshopped as to make them appear within a real 1936 photograph of the firstSurrealism Exhibit in London: what a short circuit effect! 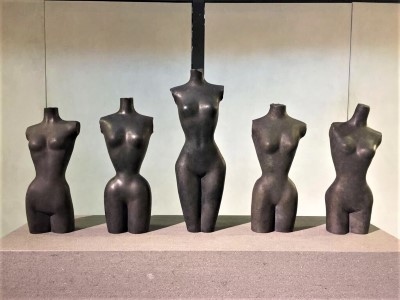 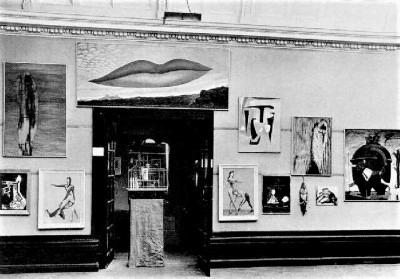 Picture of the Surrealism Exhibit in London in 1936

In the same room, the central statue of the fertility group has been enlarged to human size, reproduced in pink marble, plain bronze and encrusted bronze. If you walk around these sculptures, though, you can see two astonishing writings: Made in China and Mattel… Exactly like a Barbie! 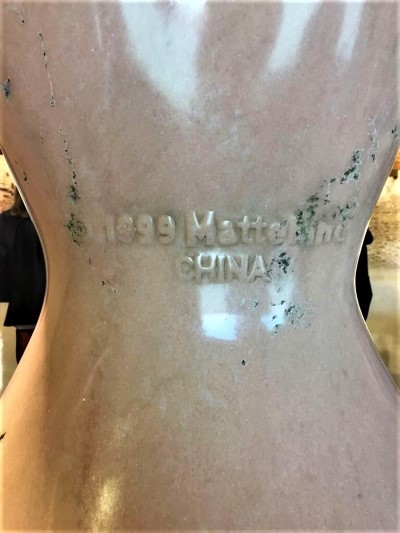 Central statue of the Fertility group, pink marble, with writings on rear

Quite sensational, don’t you think so?

But there is much more! Do not miss my next post on the website I have together with Monica and Cinzia, www.guidedtoursinvenice.com!

Waiting for you for a guided tour of Venice and of this exhibition,