More hide and seek with Damien Hirst in Venice

In my previous post I introduced one of the most spectacular and engaging exhibits of the last few years in Venice, Treasures from the Wreck of the Unbelievable by Damien Hirst.
It was only a taste…
Here is something even more fascinating and full of cultured quotes!

Let us consider, for example, the different heads of Medusa: they are made out of precious materials, such as malachite, rock crystal, gold, bronze (the bronze version is literally in pieces, as if it was found in the wrecked ship). They seem all identical, but they are actually different and extremely beautiful, as if they were replicas of Caravaggio’s Medusa… And again we find ourselves playing with references to Art History, to replicas and fakes. 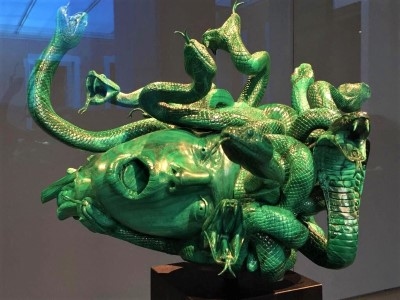 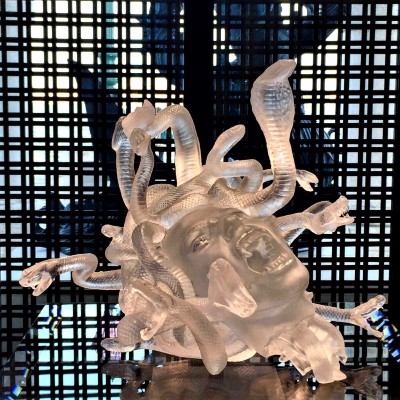 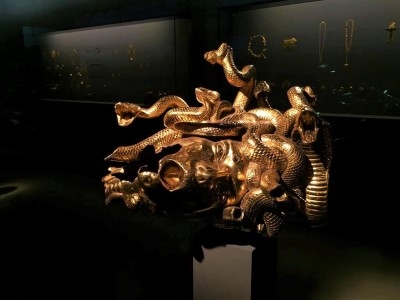 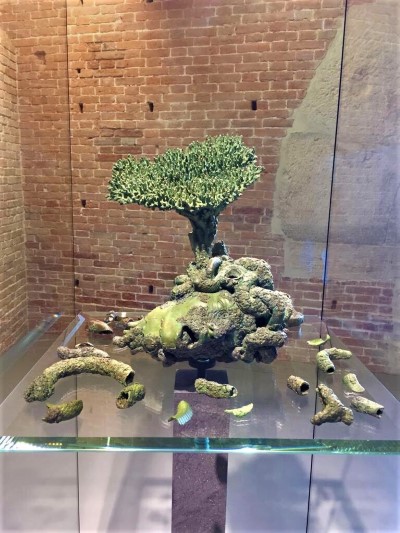 Hirst uses myths, mythology and epic stories. For a better understanding I invite you to read the writing on the Punta della Dogana door, which introduces the exhibit, next to the highly refined video (is it fake?) about how the wreckage was found and its treasures recovered. 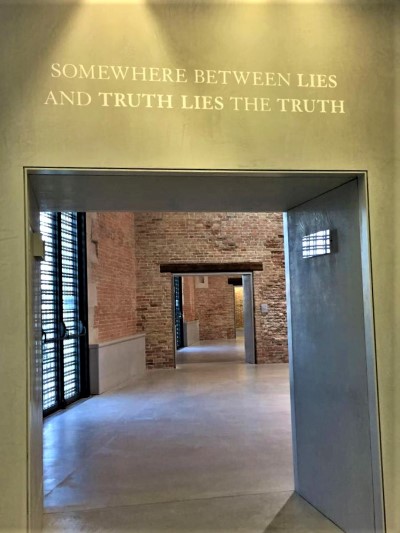 Writing at the entrance of Dogana

Dante and his Divine Comedy, with Cerberus transformed into a sort of new Rosetta Stone; Homer and his Odyssey, with Ulysses represented through the skulls of the Cyclops that were found on the ship and through the magnificent Blue Mermaid, exposed right outside the Dogana... The mythic replica (or is it the real one?) ofUlysses’ gold shield is just fantastic: it is the first time in Art History that an ancient object is so perfectly described. And then we find items that represent different religions: a jade Buddha, a Goddess Kalì fighting against the Hydra (one more mental short circuit), a 18-meter Mesopotamia monster, which reminds of the Colossus of Rhodes (it looks as if it was cast in bronze, but it is instead made out of resin)… In this mirror game it is quite easy to confuse jade with plastic, or to mistake refined bronze shells for real ones.

The eight wonder of the world is definitely this artistic epic that Hirst is offering us. 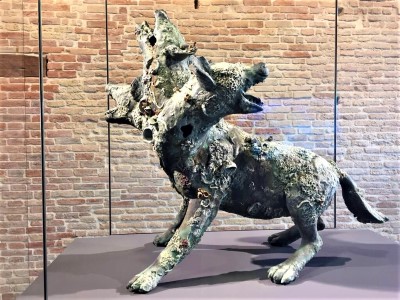 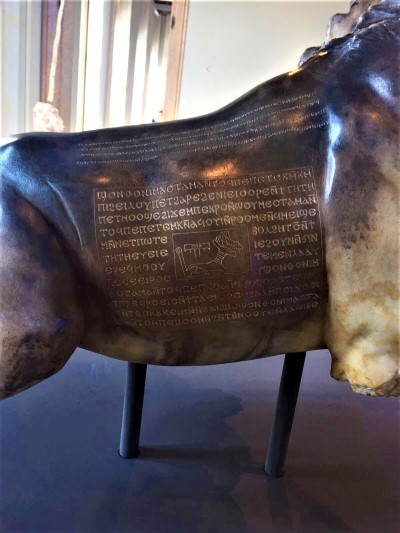 Cerberus as the Rosetta Stone 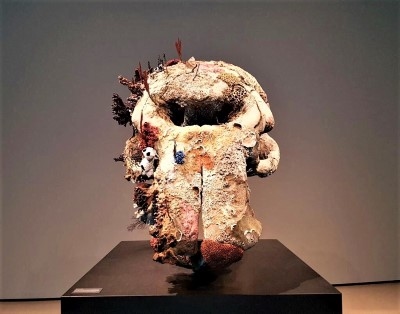 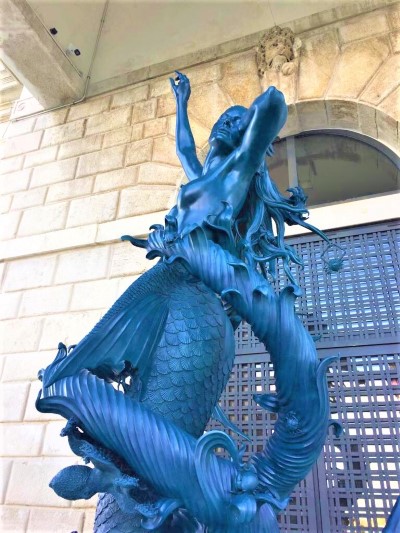 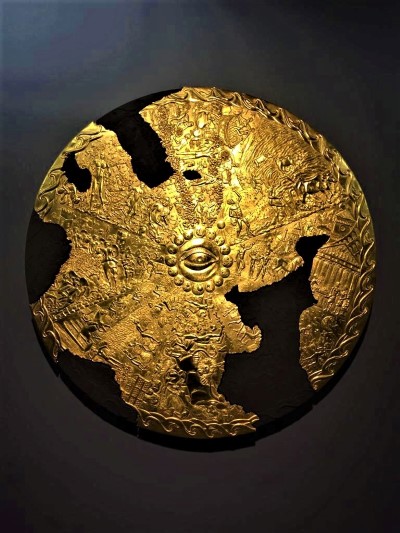 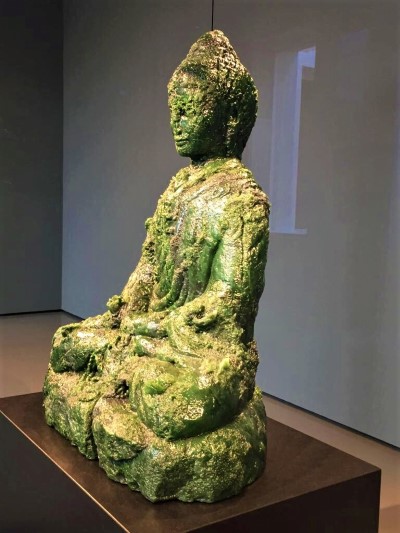 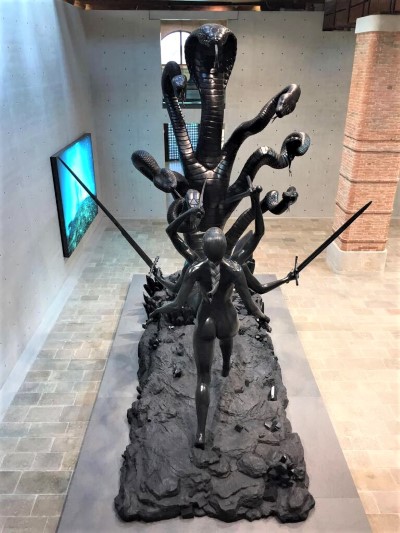 Goddess Kalì and the Hydra 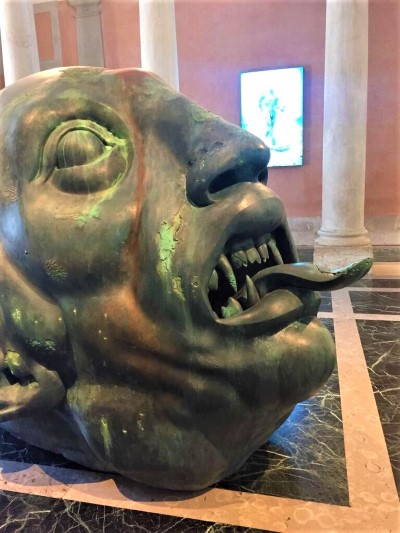 Another kind of game is to hide, and then unveil, the profiles of celebrities on the faces of the divinities. Singers, actors, models: these are the idols of the young generation, venerated as gods. The Pharaoh, with his piercing on the nipple, is actually a portrait of Pharrell Williams (remember the song Happy? Yes, exactly that famous rapper). 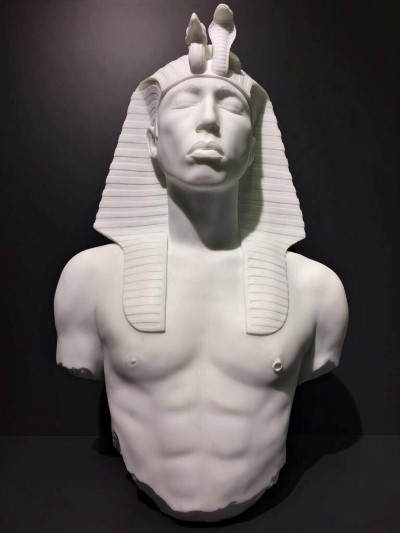 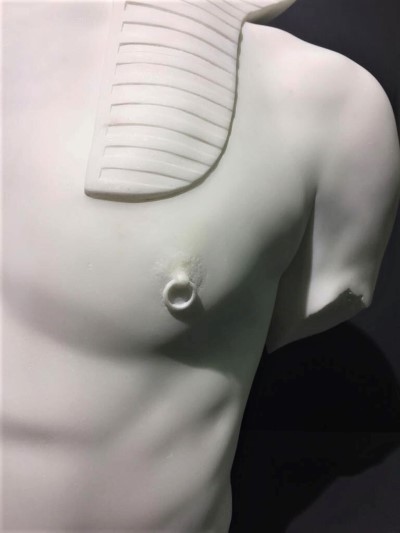 The marble female Pharaoh, with her tattoos, among which there are a gun and Arabian writings, is definitely the portrait of the famous singer Rihanna. 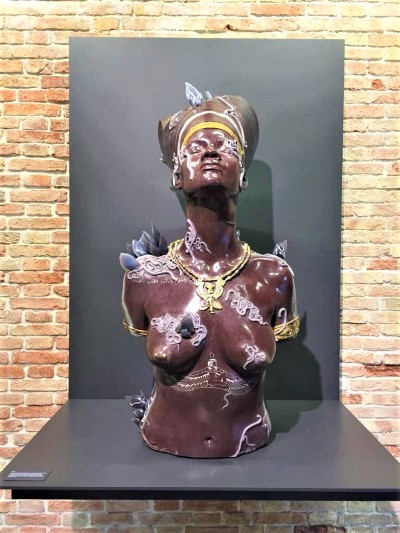 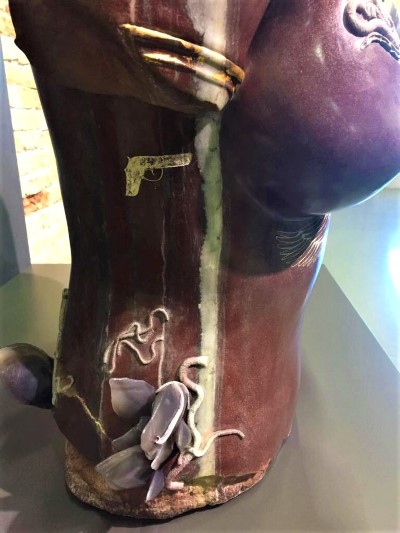 And isn’t the gold and turquoise winged divinity from Egypt the portrait of Kate Moss? 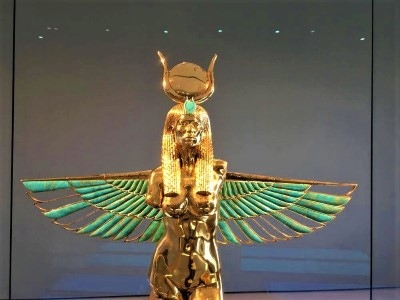 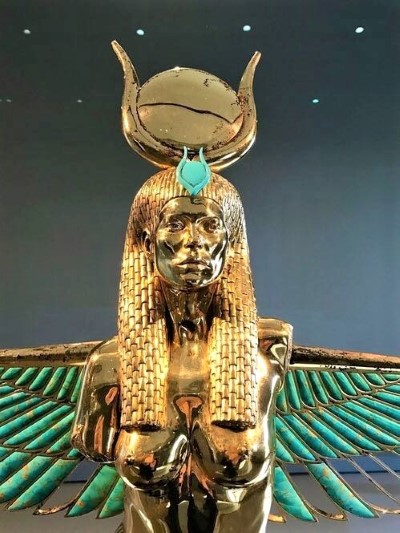 Sienna Miller is instead in chains, as a modern Michelangelo prisoner. And now you can try yourself to discover some other famous profiles! 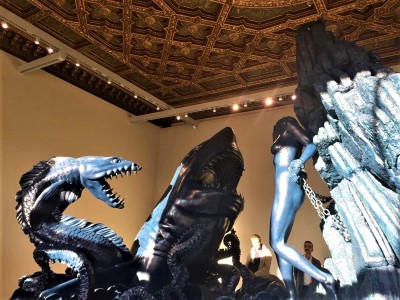 We all live in a world where everything is fake and at the same time terribly real.

Hirst seems to tell us exactly “believe the unbelievable”! And he closes then his exhibit with two jade hands clasped in prayer.

Waiting for your Venice tailored tour with me, Ciao Marialaura!!! Contacts: info@guidedtoursinvenice.com 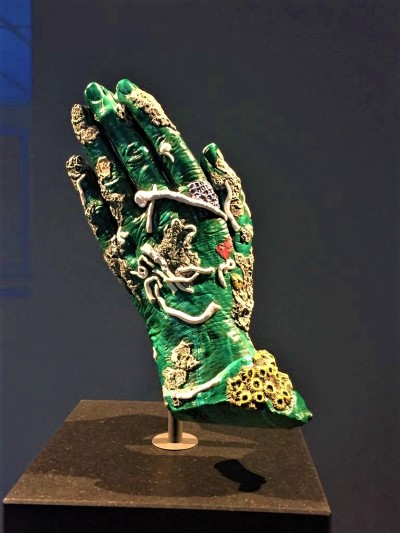