The most majestic villa along Brenta river on Venetian mainland

Coming to Venice, tourists try to get the most out of the main sites of our beautiful city, but also out of its secret and hidden corners, its lagoon, its islands.

Those who decide to spend more than one day or two in this fabulous city are also attracted by the various offers of the Venetian mainland.
Among their favorites there are of course the marvelous villas along the Brenta River (this river has always been a very important waterway connecting the lagoon with Padua, and in the past quite frequent would be the battles between the Venetians and the Paduans for the control over the Brenta).

There is an incredible number of such villas; some of them are really famous as they were projected and decorated by illustrious architects and artists, who would at the same time leave important works of art in the capital, i.e. Venice itself.

It is then a pleasure for us to introduce you to the most imposing, most visited, most relevant of all villas: Villa Pisani at Stra. Some historical details are required. This villa was built on a pre-existent structure in order to celebrate the glory of the Pisani Family, especially after one of their members, Alvise Pisani, was elected as Doge in 1735. After the fall of the Most Serene Republic, it became property of Napoleon, but in 1814 it passed on to the Austrians. When Venice became a province of the Italian Kingdom in 1866, King Victor Emmanuel II dwelled in this villa for a little while. Two years later it became property of the Italian State. Since the end of the 19th century it has been a National Museum. In the past centuries it hosted quite a few important guests coming from all over Europe: Tsar Alexander I from Russia, Gustav of Sweden, Maria Luigia of Parma, and many more. In 1934 this was the place where Mussolini and Hitler met.
The magnificence if this villa is immediately evident from its Baroque façade: it displays, in the middle, a temple structure, with a tympanum supported by Corinthian columns. Several terraces and statues enrich the lateral structures, which then end in two classical constructions that remind of the style of the central part. 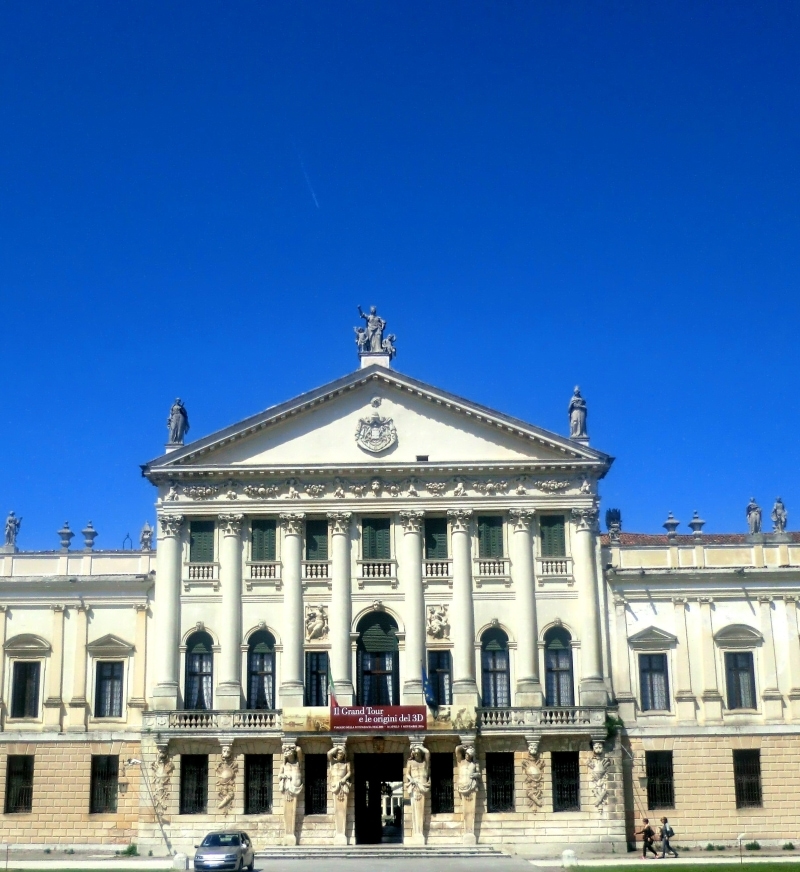 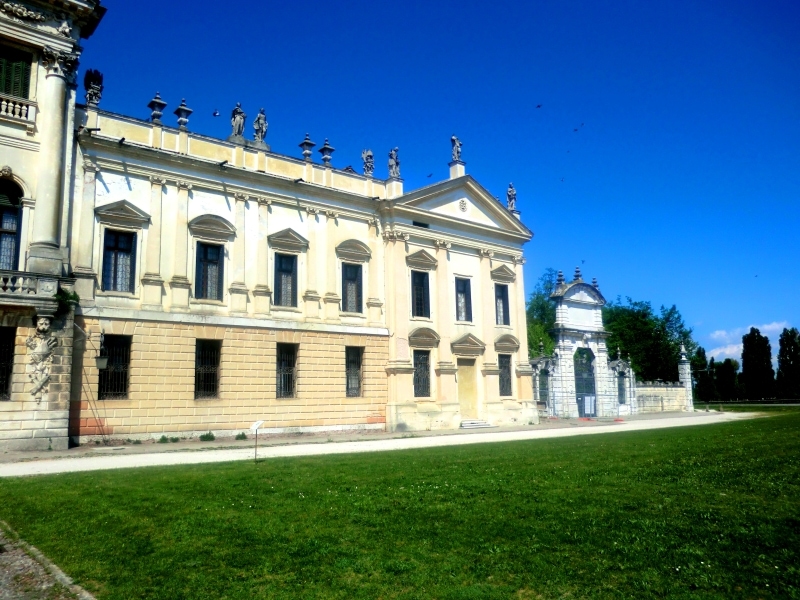 As the visitors enter the atrium, full of classical sculptures, their attention is immediately captured by the large horse stables that are placed at the end of the enormous park. The stables are reflected in the water of the long pool, which was built only in 1911 for scientific purposes and later transformed into a decorative element, by adding several statues from other Venetian villas. 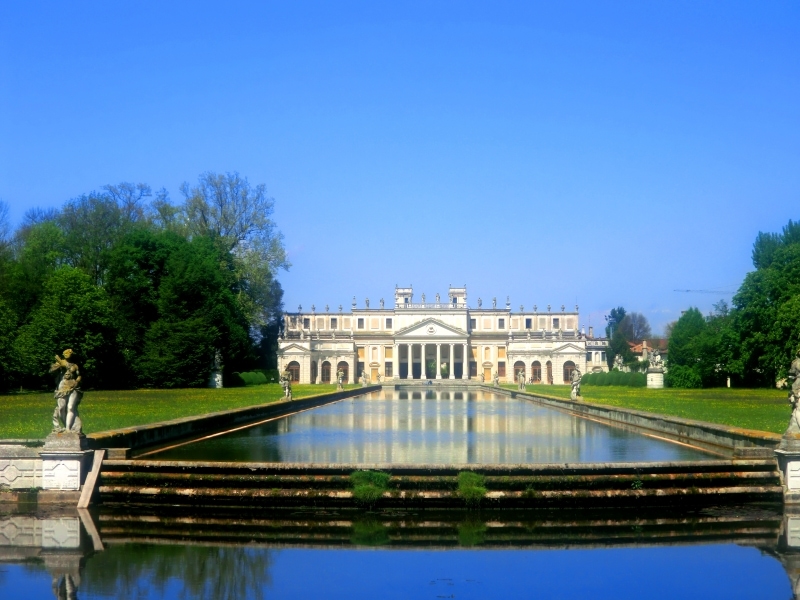 The park is characterized by a fairly large amount of paths, hidden among the trees. Walking around, eventually visitors reach a small hill which was in the past surrounded by a ditch. The water in the ditch would freeze during the winter; the ice would then be cut into pieces and dropped through a little tunnel into the hollow hill. This was the ice house, where the ice would be stored in order to be used during the summer to preserve food. On the top of the hill visitors can find the coffe house, a small loggia where the owners of the villa and their guests could meet for a chat of for a little rest in the cool evenings of the hot Venetian summers. 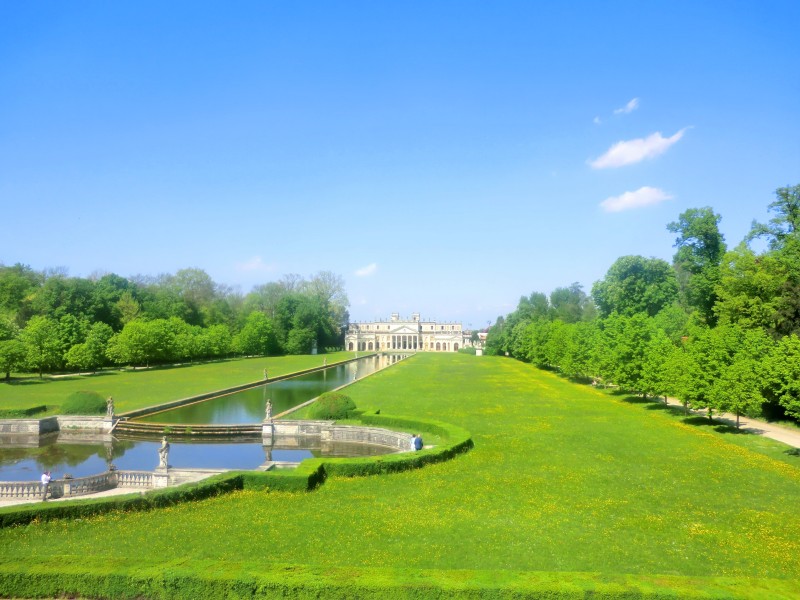 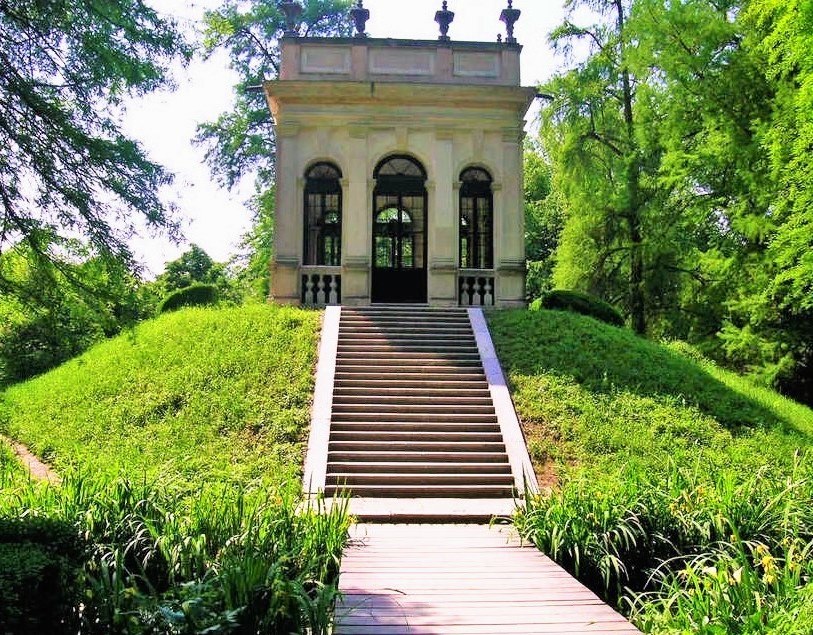 The main attraction of the park, though, is the labyrinth made out of box wood bushes, which is several miles long. In the middle there stands a little tower with the statue of Minerva, the Goddess of Reason. The famous Italian writer Gabriele D'Annunzio mentioned it in his novel "The Fire". It is impossible not to get lost: today, as in the past, this is a place of pure amusement. Centuries ago, a beautiful lady, wearing a mask, would stand in the tower and wait to be "rescued" by a gentleman that would try hard to find his way in the maze; if the gentleman succeeded in reaching the lady, his prize would be to see her face. Today, instead, all visitors try to get to the tower in order to admire the labyrinth from a higher position... And to find their way out! If you have a good sense of direction, after a while you will be able to get out of the maze... Otherwise don't panic: the guardian, from the top of the tower, will show you the way! Artistically speaking, this labyrinth is one of the most famous and better preserved such masterpieces in Italy. 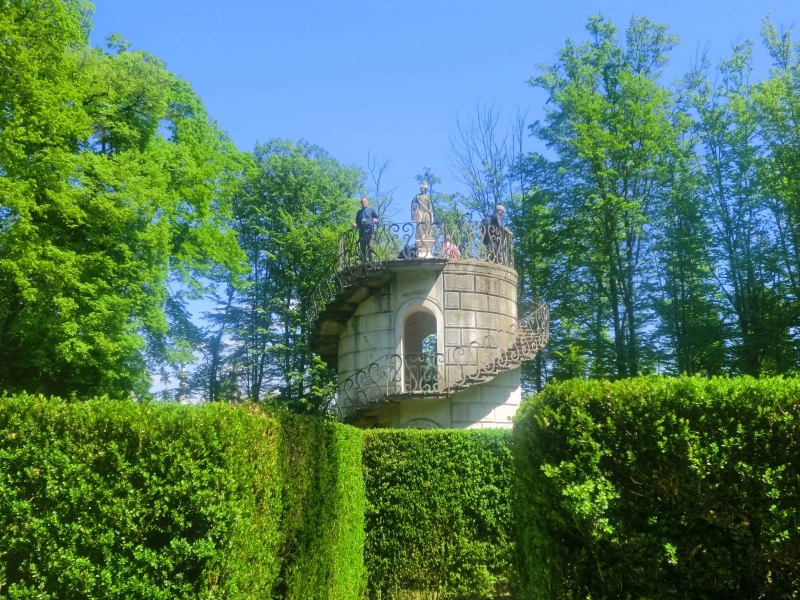 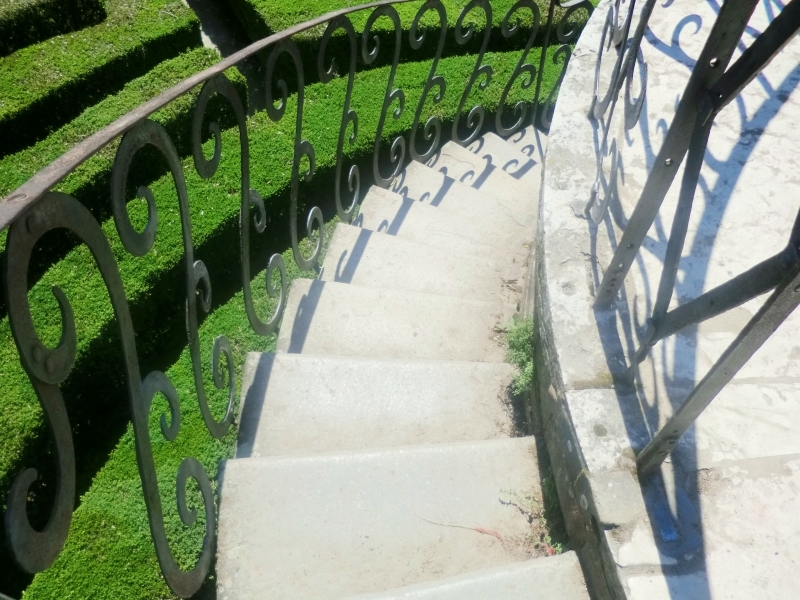 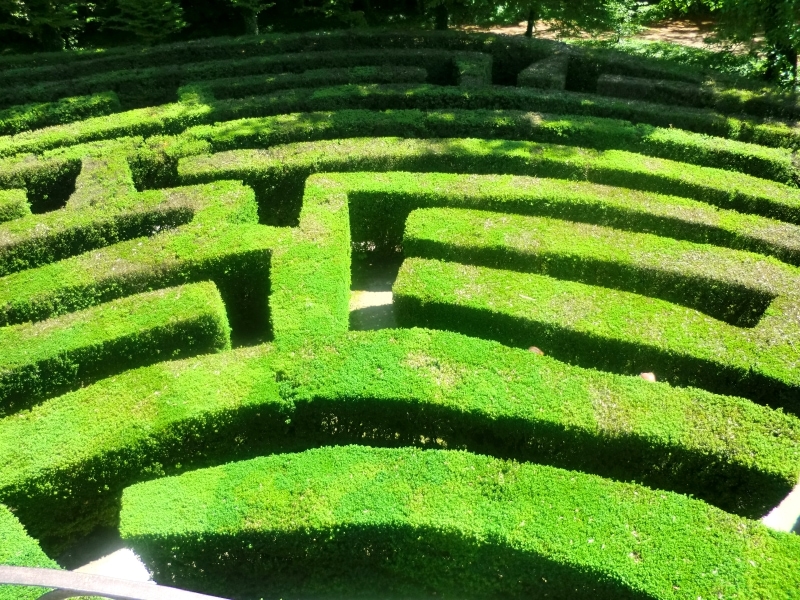 The Villa
As far as the villa itself is concerned, in its 114 rooms the visitors can admire the original 18th century Venetian furniture. The rooms have different names, depending on their use, on the owners or on the guests hosted, on the themes of the painted decoration: the room with Bacchus's Triumph by Guarana, Napoleon's bedroom and bathroom, the room of Maria Anna Carolina of Savoy, the red living room, the room of the Chinese panels, the music room, the room of Virtues... 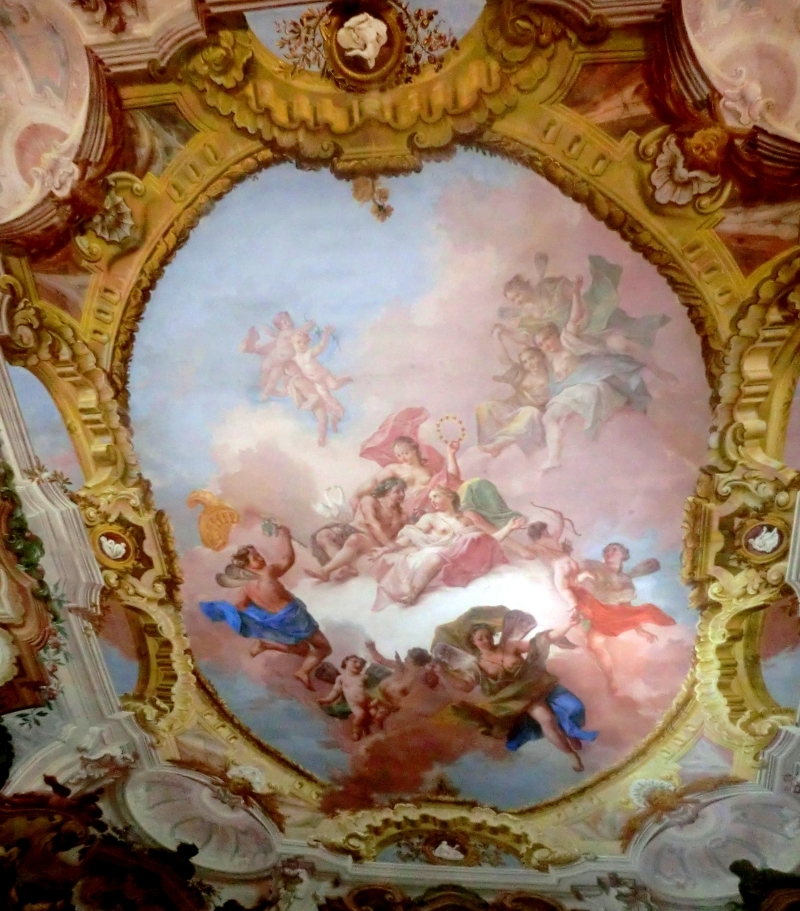 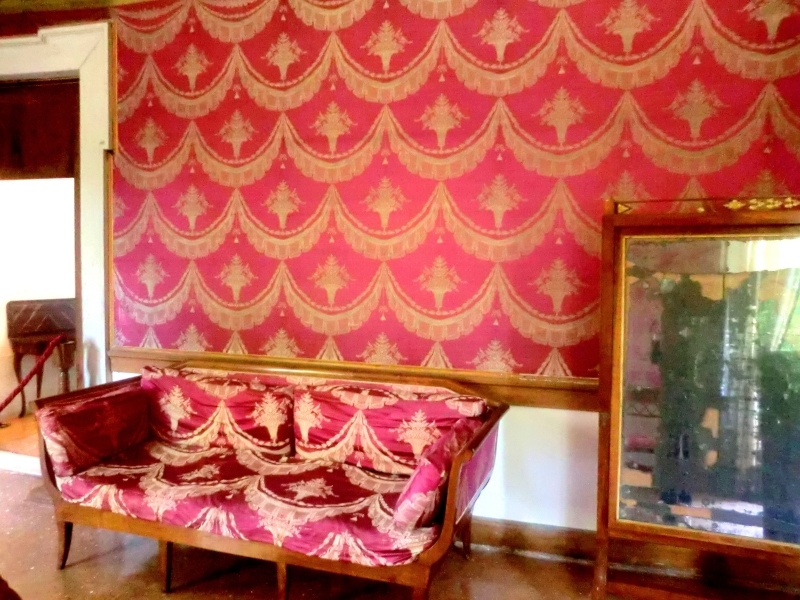 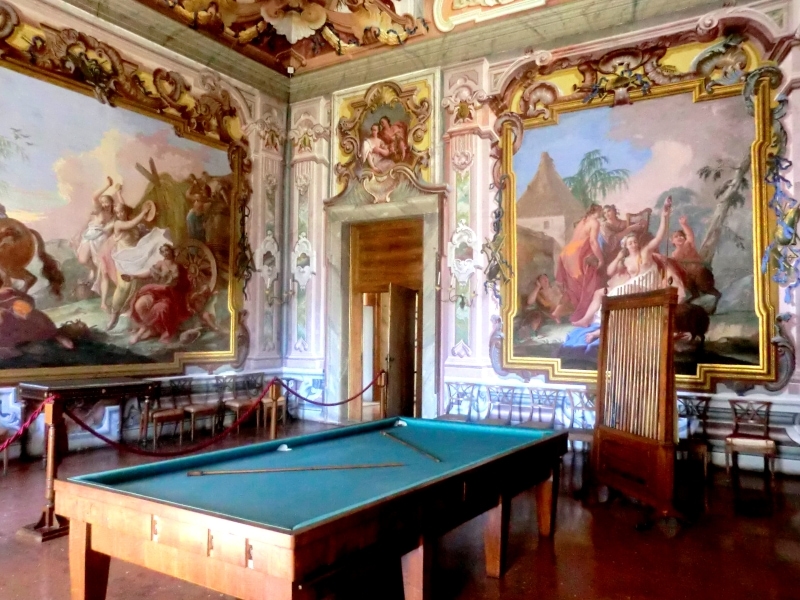 It is quite interesting to observe the fashion of the furniture of that period: notice the quite extravagant canopy beds, cradles, writing tables, chairs, dining rooms... It is quite easy to imagine in such rooms all these famous guests getting ready for a walk in the park or for a ball, or dancing and chatting under the brilliantchandeliers, or writing letters, or enjoying the fabulous decorations... 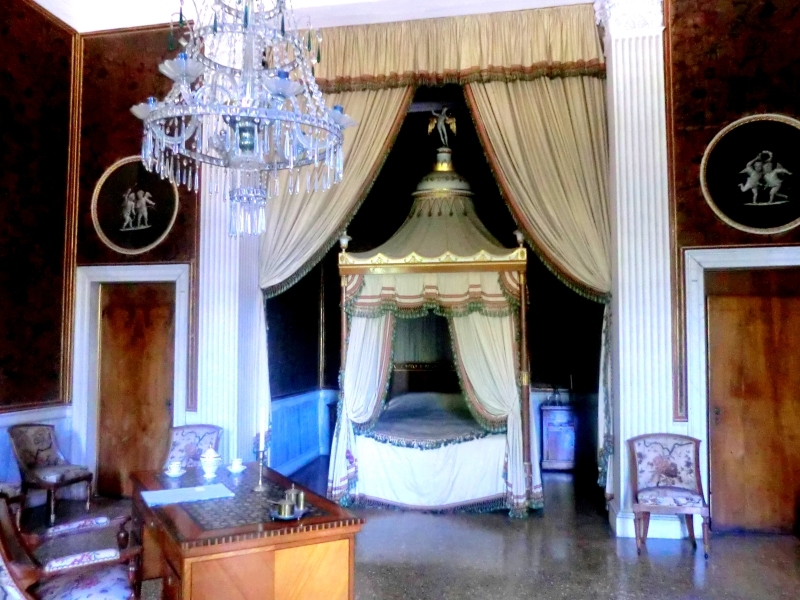 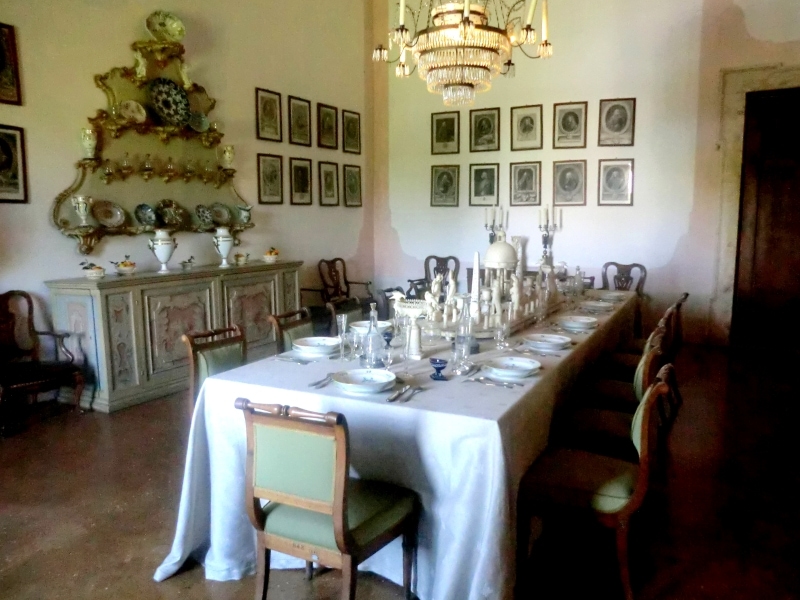 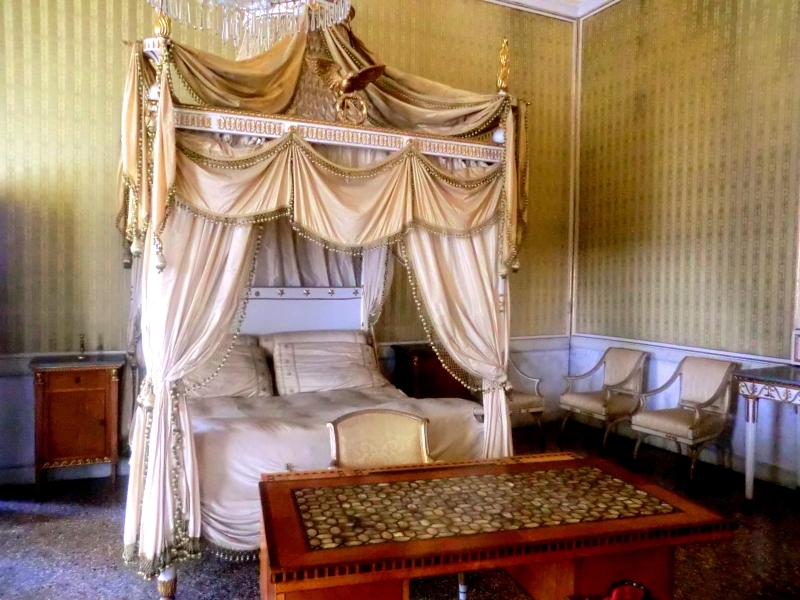 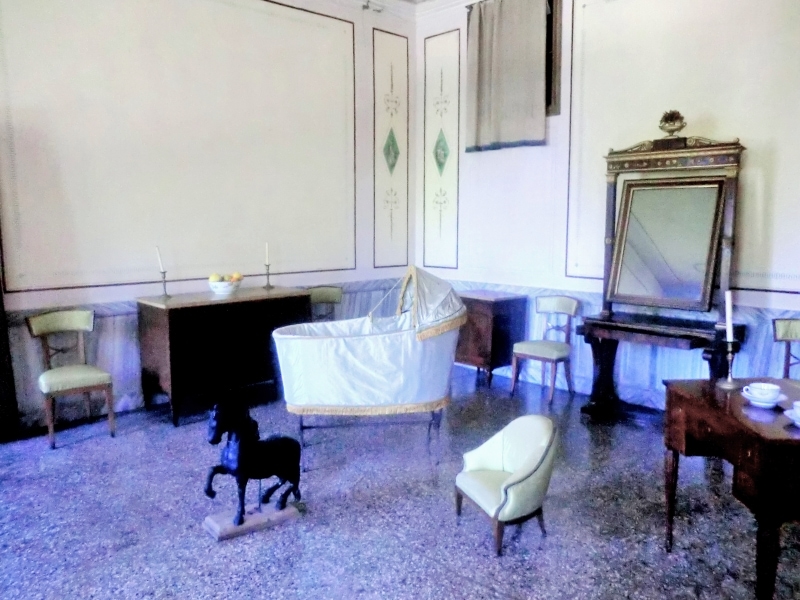 The real masterpiece in this villa is the ballroom: it is magnificent for its dimensions and for its decorative apparatus, with its wonderful chandeliers in gilt wood, its orchestra gallery, and the celebrated fresco on the ceiling with the ‘Apotheosis of the Pisani Family’ by Giambattista Tiepolo: this was his last work before he left for Spain, where he died in 1770. 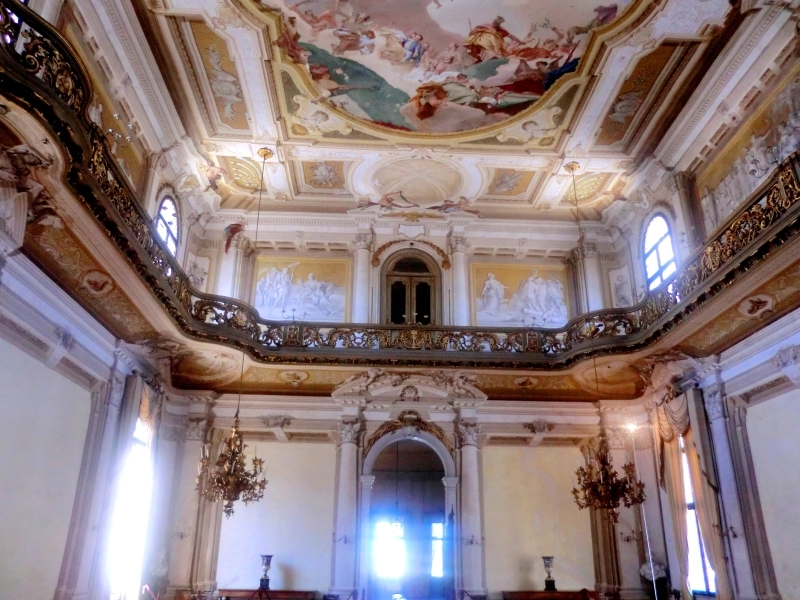 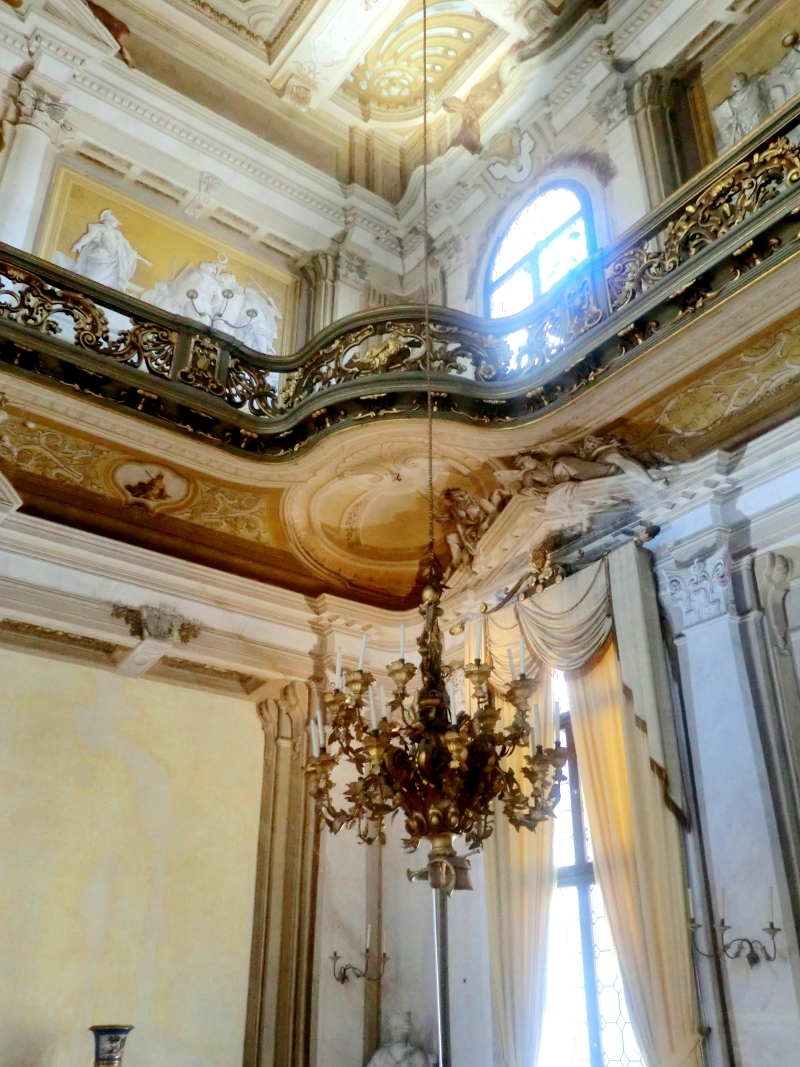 Tiepolo's fresco is a feast of colors: the light blue sky, the silvery white of the clouds, the brilliant colors of the characters... This work of art creates a light, serene atmosphere in the room. It represents the four continents, the Virgin Mary with a personification of Faith, Fame that with the trumpet spreads out the glory of the family. The portraits of some members of the Pisani family are also included in the fresco: they are the witnesses of the feasts, balls, amorous encounters, gossip that in those days made this villa one of the most lively homes of the Venetian mainland. 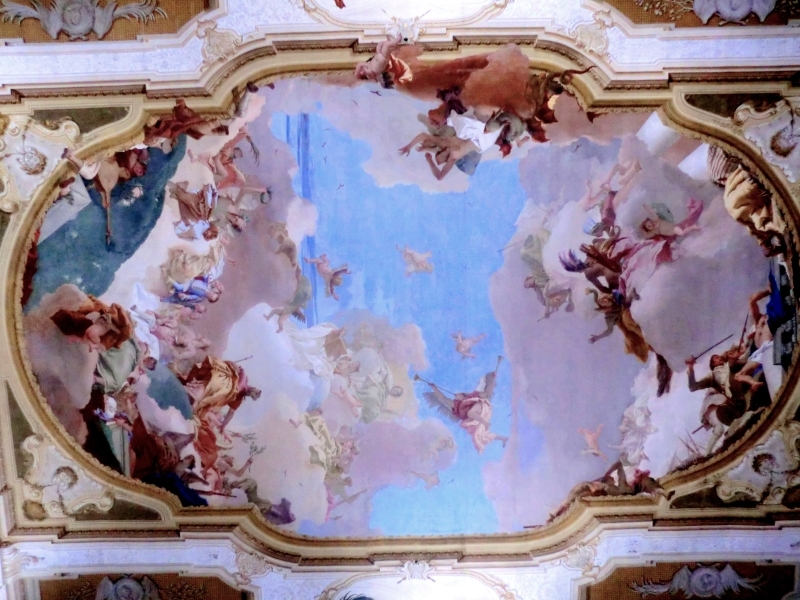 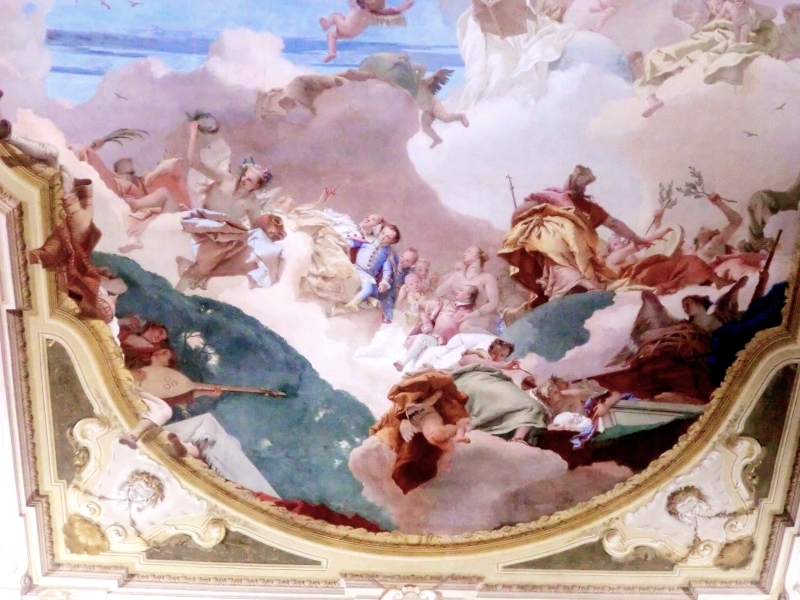 Is is impossible to describe all the rooms, as well as to give you an exact idea of the peaceful atmosphere you can experience while walking in the park. It would then be an honor for us to guide you in this wonderful villa, along the paths of its park, and, why not?, to get lost with you in the labyrinth!
Looking forward to meeting you, let us say goodbye with one more picture of our beloved labyrinth then! 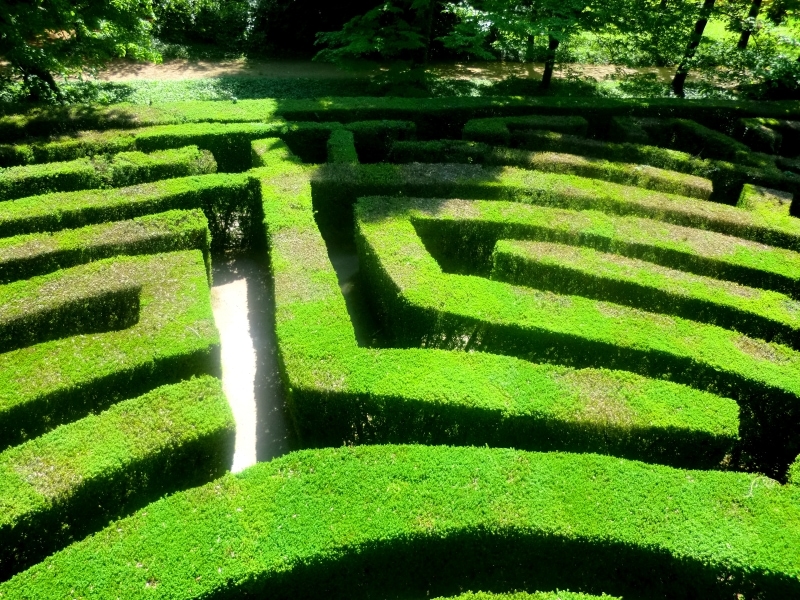