CANALETTO AT THE DOGE'S PALACE

From February 23rd to June 9th, 2019 the exhibition of the Venetian view-painter (vedutista). Antonio Canal, known as Canaletto (1697 - 1768), is today the most famous Venetian
artist of the eighteenth century, the vedutista or view-painter who more than any other
codified the appearance of Venice in the form that still pertains in the global collective
imagination. And not by chance: his views exalt it as a city of water and celebrate its
spectacular appearance, making it, if possible, even more grandiose and wondrous. In his
works, Canaletto does not present a simple succession of monuments but leads us
through a real visual experience thanks to an extraordinary technical ability,
‘enlightened’ in his scientific definition of the images, and it is the city itself that becomes
a work of art in its own right.
In that same century, Venice was swept by a number of complex and surprising
contradictions: it was one of the most cosmopolitan cities in the world, lived in and
visited by cultured merchants and refined collectors and foreign travellers; the Republic
of Venice was still the most important state in the Italian peninsula, but at the same time
the first signs of the decadence that foreshadowed its fall (in 1797) were already visible.
Trades and manufacturing were languishing and artists sought and obtained more
remunerative commissions elsewhere, although the patrician families had impressive
wealth to rival that of European rulers. It was in this context that the last great period of
Italian art developed in Venice, one that achieved international fame and excellence in
every artistic genre: the veduta, but also in portraiture, landscape, sculpture, the
decorative arts and great history painting. 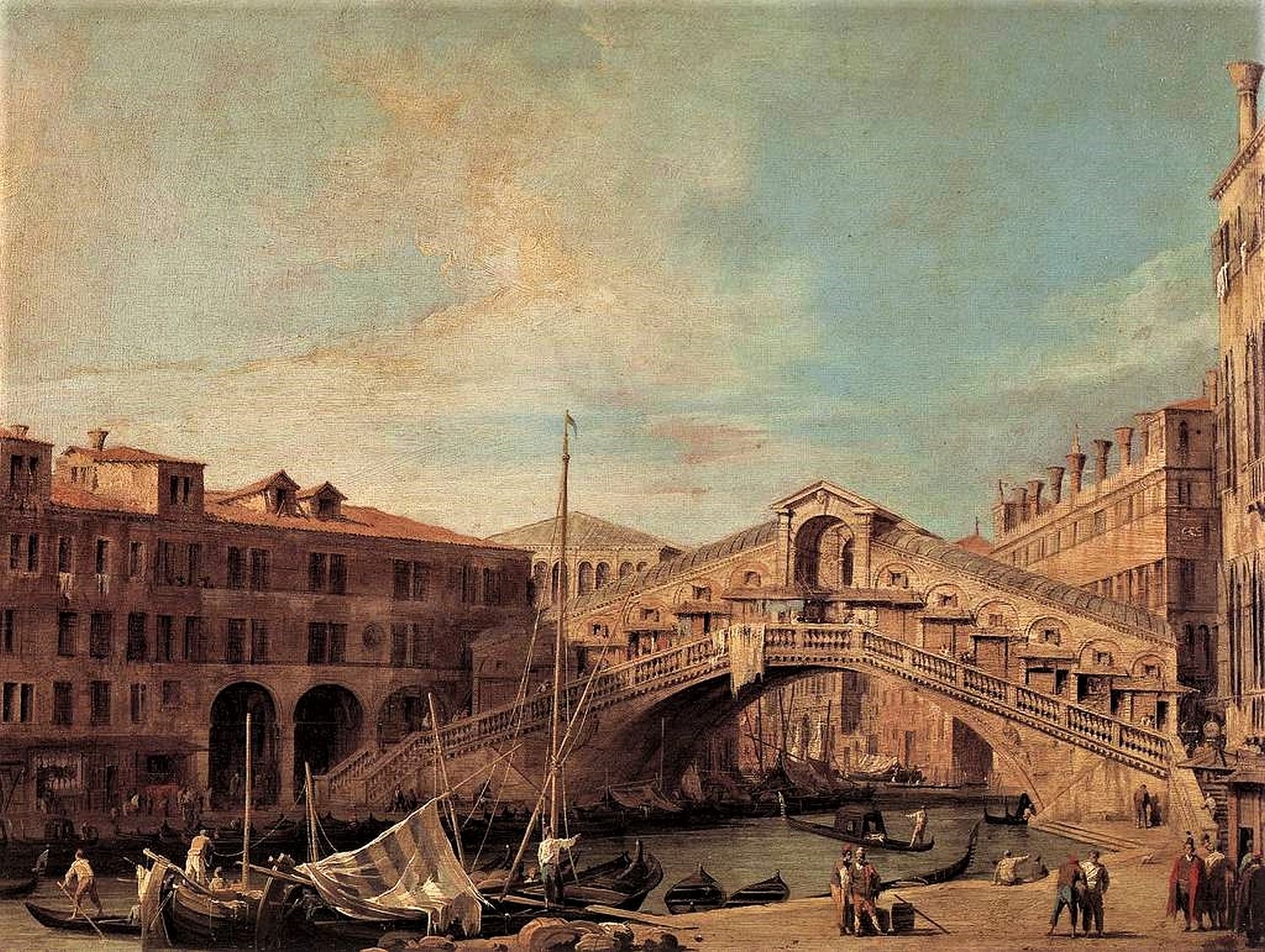 For this exhibition at the Palazzo Ducale, it was decided to relate Canaletto’s works to
those of the other masters of the Venetian school, and his individual development with
the facts that marked the history of art in the lagoon throughout the century of which he
was a protagonist. The horizon is thus expanded in chronological, temporal, and genre
terms, combining great painting with drawing, engraving, the decorative arts and
porcelain. With the exhibition of Canaletto at the Palazzo Ducale, what we see is the
story of a master standing out among the great of Venetian art, characterised by the
comparison between the two dialectical poles of imagination and observation, which are
here not antithetical but mutually attractive, between the fantasy of the city’s decorators
and the attention to reality of the vedutisti.
The veduta – literally view – was born in the early years of the century, with the
publication in 1703 of a collection of over 100 engravings entitled “Le fabbriche e vedute
di Venezia disegnate, poste in prospettiva et intagliate da Luca Carlevarijs”; Carlevarijs
was the artist with whom Canaletto later competed and swept aside in the search for
patrons. In this first decade Venice saw the blossoming of a creative season of great
vitality, which included the youthful Canaletto and his contemporary Giambattista
Tiepolo. 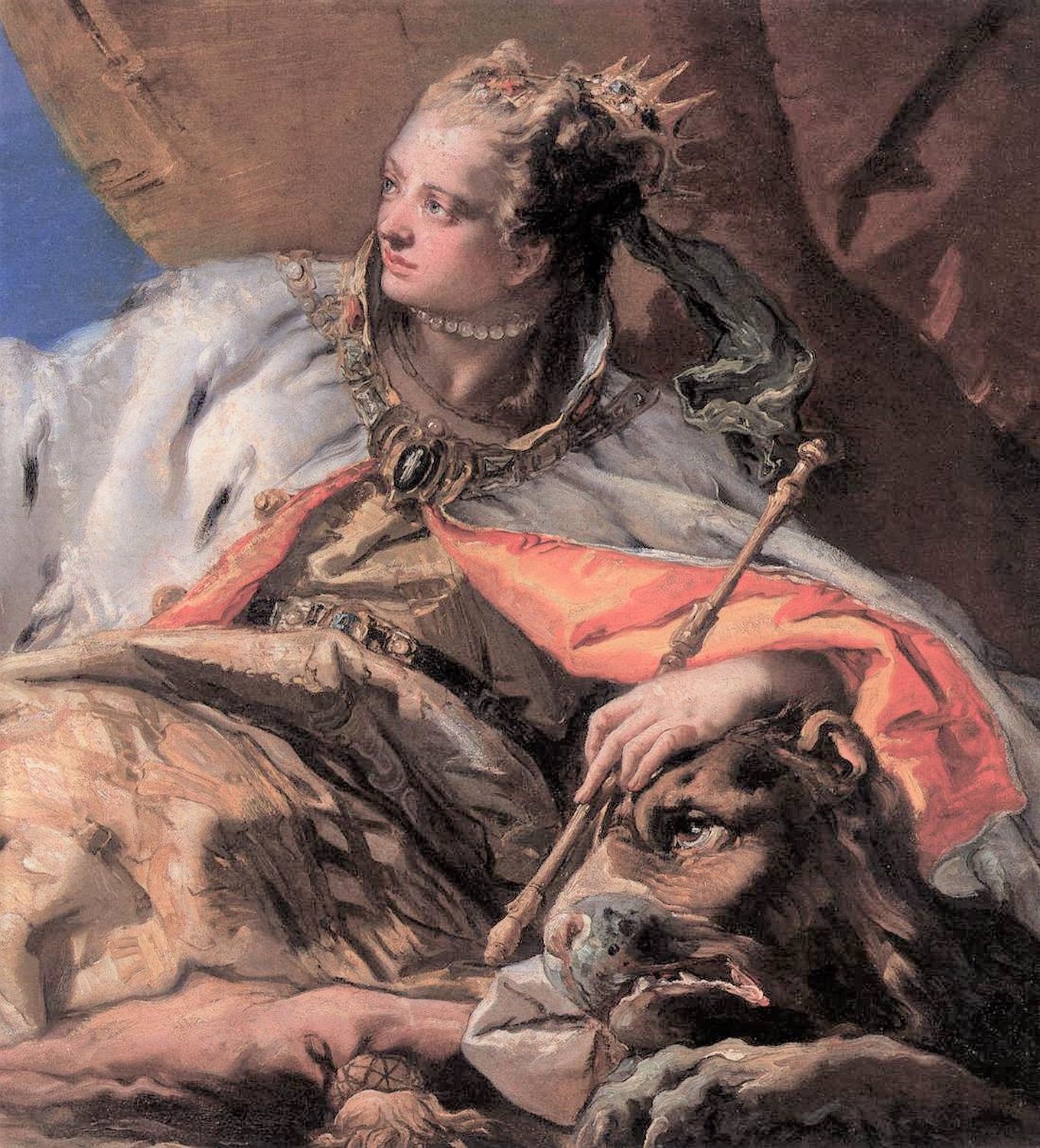 Tiepolo himself is the author of the canvas that welcomes the visitor in the first room
and which depicts Neptune offering the gifts of the sea to the allegory of Venice. Outside
the Ridotto by Francesco Guardi contrasts the mythological image of the city dominating
the seas with the vision of the foreign traveller, more interested and responsive to a
depiction of a festival and carnival city. As a synthesis of the two visions, in the centre of
the room visitors see the model of the Bucintoro, the Doges’ galley used for celebrations;
a vessel that floats but does not sail, gilt all over and the perfect symbol of a Venice that
lavishly and unnecessarily celebrates itself.
Here the art of Canaletto begins. In his twenties, Canaletto followed his father, a painter
of theatre sets, to Rome and subsequently returned to Venice to devote himself to
painting alone, producing masterpieces that have always characterised the image of
Venice and the history of the depiction of great views. In 1737, Francesco Algarotti
published Newtonianismo per le Dame, a popularising volume about Newton’s theories
on light set out in a series of dialogues about light and colour. The light Canaletto started
to paint became cooler, crystal clear and gives an effective optical truth to the paintings
and to the subjects, constituting a sharply-focused encyclopaedia of the types of
activities in the lagoon city.
Canaletto soon exceeded Carlevarijs and Sebastiano Ricci in fame and skill, flanked by a
group of artists who were innovating the language of history painting, portraiture,
interiors and social occasions. Whether working in the large European cities, like his
contemporary, Tiepolo, at royal courts, where Rosalba Carriera was drawing pastel
portraits that were overturning the celebratory canons of portraiture, or in the lagoon,
like the embroiderer and painter Giulia Lana, much appreciated by Giambattista
Piazzetta. 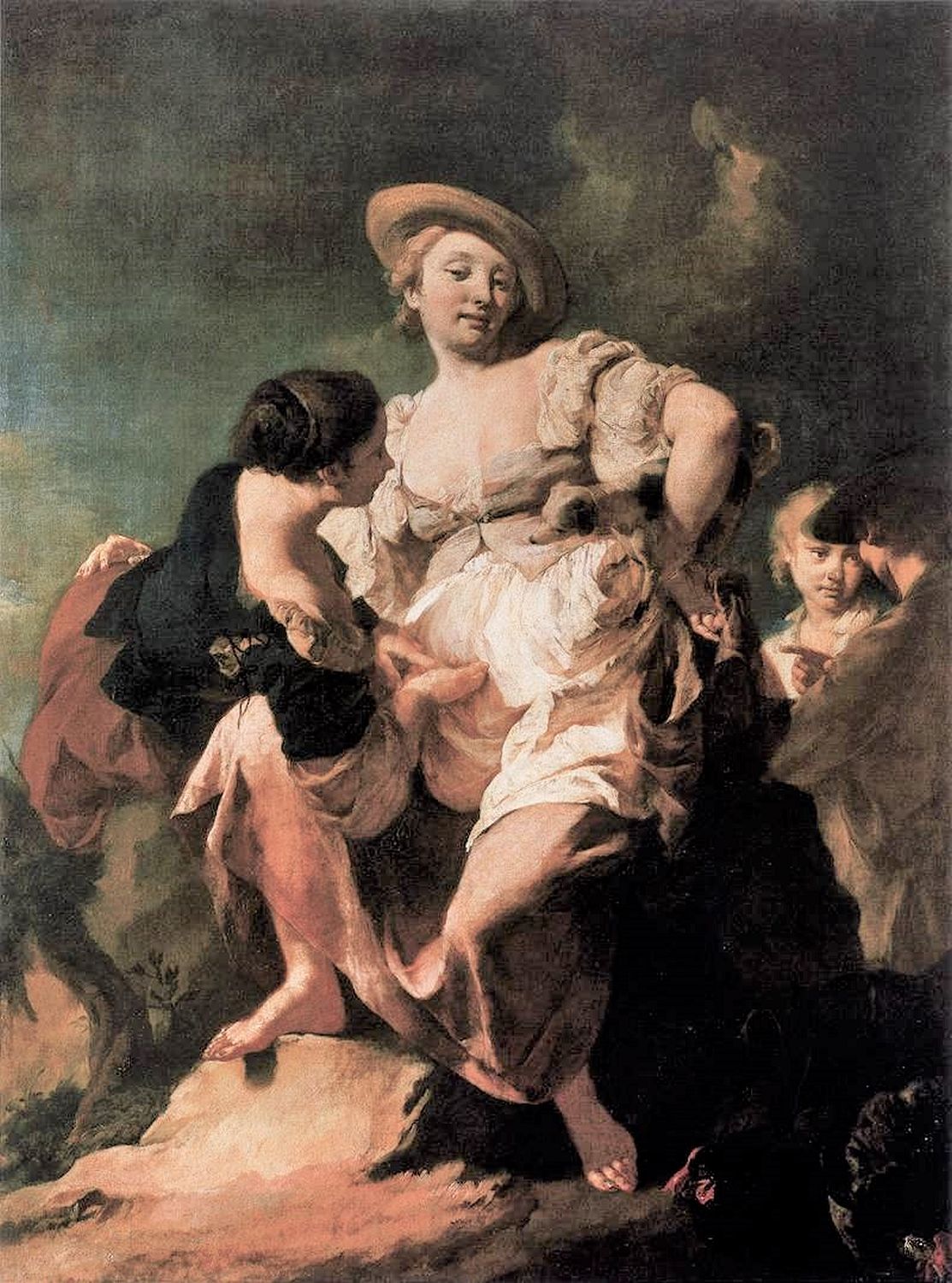 Pietro Longhi is an exquisitely Venetian phenomenon. In 1741 he inaugurated
a new type of painting for the city, genre painting, which portrays Venetian patrician
figures in their daily occupations. Similar attention to the more domestic and less
imperial aspects can be found in a certain form of vedutismo, even in Canaletto, such as
in the extraordinary The Stonemason’s Yard, an exceptional loan from the National
Gallery in London, in which we see the building of a Venetian palazzo on the bend of the
Grand Canal where the wooden Accademia bridge would stand in the future. The point of
view is itself unusual in the depictions of Venice.
The exhibition in the Palazzo Ducale presents 25 works by Canaletto, with some pictures
never before displayed in Venice and loans of great value from prestigious private
English collections. Around these, a fascinating layout in 11 rooms includes a further 80
paintings and 20 sculptures, as well as a large presence of prints and drawings and an
extraordinary display of porcelain, for a total of over 270 items. Porcelain was a secret of
China for a long time, but in the eighteenth century it began to be reproduced in Europe,
and in that century it constituted a perfect expression of the rococo spirit with its airy,
light lines, that were impossible to attain using other materials. The third largest
manufactory in Europe was in Venice: Vezzi, which had to close a few years after its
opening. Only a few and very rare pieces survive and are displayed here in a room next to another presenting a formidable collection of Meissen porcelain.
As the century drew to a close, the splendour of the Serenissima faded with it, while
Francesco Guardi composed views corroded by light very different to the sunny
geometric certainties of Canaletto, and Tiepolo, home from Spain, began painting his
serial work of Pulcinella figures. In Venice the Accademia was finally born, in line with
Rome and the rest of Europe, and in the art scene Antonio Canova began to come to the